The perfect teaching and way of being a teacher

FAB: There are so many wonderful stories about Rumi's respect for people, including strangers and people of other traditions. I'm thinking of the story about his bowing to the young man on the road. Could you tell that one and talk about its significance?

AH: That goes to another side of adab I would like to talk about. It relates as well to what we were saying about Muhammad exhibiting such humility and self-honesty. This modeling, this profound courtesy of soul towards other beings, is a sign of holiness, but also something his contemporaries loved Rumi for. Rumi was adored by his world for many things — for his genius, for his brilliance, for his torrent of mystical poetry, for his religious passion, for his clairvoyance, for the miracles he did. But I think what really broke people's hearts open was his tenderness and humility of soul.

In the story you referred to, a young man, I think probably a Christian, sets off from Constantinople to visit Rumi, who is an old man by then. This young man clearly believes he is going to see the great king of mystics, and that he's going to be transfigured just by seeing him. Rumi comes out of Konya on the path, and the young man sees him and bows. When he gets up, he sees that Rumi has also prostrated himself in the dust. The young man prostrates himself again. As does Rumi. And this goes on 32 times until the young man is absolutely overwhelmed and cries out, "What on earth are you doing? I'm nobody, and you're the king of mystics, why are you prostrating yourself again and again in the dust to me?" And Rumi replies — and it's an extraordinary reply because in this very reply I think you can see the many of the facets of adab that he enshrined — "The Prophet gave us this hadith: Blessed is the man who is humble in his honor and just in his power, chaste in his beauty, and generous in his wealth. Why should I not bow before the servants of God?" And then he adds this astonishing statement: "What would I be useful for if I did not show you my nothingness and my misery?"

Rumi is modeling for us, I feel, the perfect teaching and way of being a teacher. He is teaching this young man that everything is part of the divine presence when he says, "You are just as divine as I am and inside you is the Beloved and I as someone who has realized the Beloved in myself am going to bow to what I know is the living presence of the Beloved in you." In other words, he is giving the young man a transforming vision of himself as everything and as part of everything, as, in the deepest sense, a divine human being.

Yet with the last part of the teaching, Rumi is also, and at the same time, modeling the kind of radical humility that the young man must acquire if he's going to realize the presence of the divine in himself. Because the deepest paradox of the path is that you can only be everything if you are nothing. And so Rumi, who knows he is is both everything and nothing, shows the young man his misery and his nothingness so that the young man will not be tempted to project onto him, will not be tempted to project onto his own divine self, and will realize in supreme balance both the everything that is divine in him and the nothing that is human in him.

This is a perfect teaching, and it has perfect pitch: it models perfect adab. Can you imagine being that young man and having Rumi prostrate himself before you 32 times? How could he ever forget that the extraordinary being whom he practically worshipped saw something just as extraordinary in him? How could he forget that the nobility that he was in awe of in Rumi, Rumi was in awe of in him? How could he forget that by prostrating himself to him, Rumi was showing him that even at the advanced stage Rumi had come to, you were still nothing; in fact, you knew your nothingness even more acutely because you had been through fana or the destruction of the false self.

So it is a perfect teaching, and in its perfect pitch shows us the falsity of so much modern teaching where the teachers are only feeding off projections and projecting a false divinity. They are not admitting their own misery and nothingness. They are not being honest about their own lacks, about the lacks of any human vessel. Once more, Rumi is manifesting for us, if we want to listen, perfect adab.

So in those five ways — in his humility and sense of the infinite glory of God, in his overwhelmed gratitude, in his vision of the radiance of each thing, in his profound adoration of each creature, and in the perfect pitch of his knowledge of his own "everything" and of "nothingness" — Rumi exemplifies the adab of the true mystic, the adab of the true prophet, and the adab of the true spiritual teacher.

Next Page: Adab practices and training 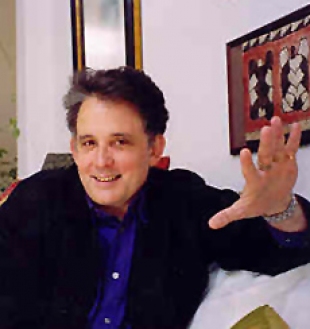