All in a Day's Work Practicing Spirituality at Work

How we can see our work as a spiritual practice, whether we are a taxi driver, an office worker, or a salesperson.

We started talking about how we practice spirituality at work when we realized that Mary Ann was bowing to her computer at the end of the day. "It's just a gesture of gratitude," she says, similar to what Brother Lawrence was doing when he praised his cooking pots for being the vehicles by which he was able to serve God, as described in his classic text The Practice of the Presence of God.

Our work becomes a spiritual practice when it helps us connect to God, to our deepest selves, and to the Creation. But we may need to look beyond its ordinary associations to recognize its extraordinary possibilities.

Rabbi Jeffrey Salkin in his book Being God's Partner tells about a conversation he had with a taxi driver who didn't see what his work had to do with religion. The rabbi asked him to think about his passengers. He, for example, was going to a conference where his lecture might help someone have the courage to change.

Next, the driver might take a woman home from the hospital, playing an important part of her re-entry into the world of health. He might take someone to see a dying parent or to the house of the person he or she would marry. "You're a connector, a bridge builder," the rabbi told the driver. "You're one of the unseen people who make the world work as well as it does. That is holy work. You may not think of it this way, but yours is a sacred mission."

Many of us never think about how our work benefits others directly and indirectly. God is constantly creating, and we are all invited to be part of that process: the barber who makes someone feel good before an important event; the nurse who lifts a patient's spirits when he is despairing; the secretary who helps transmit an important document, the sales person who finds just what a busy person needs; the car dealer who makes sure that a vehicle meets safety standards.

We love the story of the spiritual teacher who woke his students by knocking on their doors and saying: "Get up! Get up to do the work of the Creator!" We've tried variations on this practice, and it helps us remember the deeper meaning and purpose of what we plan to do that day.

But what if our work just doesn't seem to have a higher meaning? What if it is characterized by the same dull tasks done over and over again? James Hillman in Kinds of Power suggests that we look at repetitive tasks like making sales calls, crunching numbers, or filling out forms "not as undignified routines but as modes of care for accuracy and as signs of vocation." To practice this, take any repetitive part of your job and do it as you would a sequence of prayers with full attention.

And don't forget to pray for your work. We keep a laminated card with a prayer by Edward Hays by our computers. Used at the beginning of the day, it sets our intention for our work:

May the work that I will soon begin
Be a shimmering mirror of your handiwork
In the excellence of its execution,
In the joy of doing it for its own sake,
In my poverty of ownership over it,
In my openness to failure or success,
In my invitation to others to share in it
And in its bearing fruit for the world.
May I be aware that through this work I draw near you.
I come to you, Beloved, with ready hands.

For more ways to practice spirituality at work, take our 40-part e-course available through our on-demand system. You'll receive via email brief quotations about the spirituality of work, matched to practice suggestions, and links to our reviews. You can set your own start date and frequency for the emails (daily, three times or twice a week, or weekly. Sign up here. 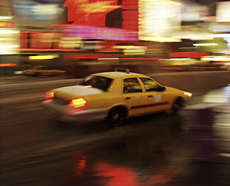