An Alphabet of Progressive Christian Spirituality - 9

Practices from Spiritual Supplement to The Way of Wisdom in this alphabet. 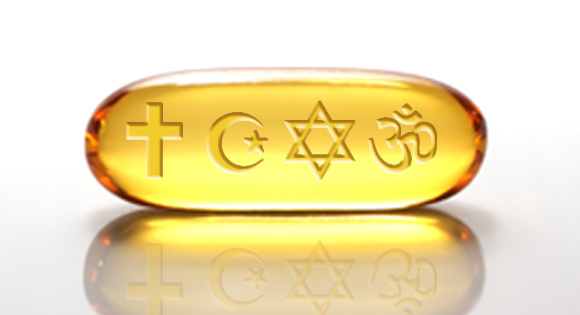 A SPIRITUAL SUPPLEMENT
"Maybe taking different paths is a little like taking a multivitamin — the reason they say 'take a multivitamin' is that one individual supplement isn't appropriate for a complicated physiological being. It seems to me, given all the opportunities that we have, a single spiritual path isn't appropriate for the contemporary American experience."
— James Fadiman in Living Deeply

STRETCHING THE BOUNDARIES
"Let me stretch the boundaries once more. To the extent that the Buddha, Moses, Elijah, Isaiah, Krishna, Mohammed, Confucius, Julian of Norwich, Catherine of Genoa, Hildegard of Bingen, Rosa Parks, Florence Nightingale, Mahatma Gandhi, Martin Buber, Thich Nhat Hahn, Dag Hmmarskjöld, or any other holy person brings life, love, and being to another, then to that degree that person is to me the word of God incarnate. No fence can be placed around the Being of God. The suggestion that Jesus is of a different kind of substance and therefore different from every other human being in kind instead of in degree will ultimately have to be abandoned. Then the realization will surely begin to dawn that to perceive Jesus as different from others only in degree is to open all people to the divine potential found in the Christ-figure. It is to invite all people to step into the power of living fully, loving wastefully, and having the courage to be all that any one of us can be — a self whole, free, real, and expanding, a participant in a humanity without boundaries."
— John Shelby Spong in A New Christianity for a New World

TEACHERS PRACTICE
"I had once been told by a friend that in India you have the right to approach a stranger and ask that person to be the incarnation of God. It is a startling custom in Indian religious life where one may approach another person — man, woman, old, young, known, unknown — and ask that person such a profoundly religious question. This person may refuse the request, but generally it is considered a sacred duty to accept the role if he or she possibly can because it is an honor and such a profound experience. From that time on, the adored person will be treated like God and will be revered as if God were present in the form of that person. Strict rules apply for the protection of both persons concerned, and one may not make friends or a casual companion of this bhakti master. Only worship and reverence are appropriate in such a relationship; you must not ask for anything else from the person but that he or she serves as the incarnation of God for you."
— Robert A. Johnson in Balancing Heaven and Earth

To Practice This Thought: Ask someone to be an incarnation of God for you today. See what you learn from this relationship.

THIN PLACES
"Celtic Christians sought after 'thin places,' spots where the membrane between mere physical reality and the reality of God's presence thins out and becomes soft and permeable. For them, thin places are locations in space or time where God's world ('reality as it really is') intersects with our world ('reality as we happen to experience it') so that it can be seen, touched, tasted, or sensed in some unmistakable way. They believed that at places like shorelines, fjords, rivers, and wells, the veil was so sheer, one could almost step through it. . . . A thin place could be a conversation, a dream, a room, a tree, a dawn, a shore, a dance, a person, a scientific lab, a Sabbath, a Eucharist, an early morning meal before the Ramadan fast begins."
— Samir Selmanovic in It's Really All About God 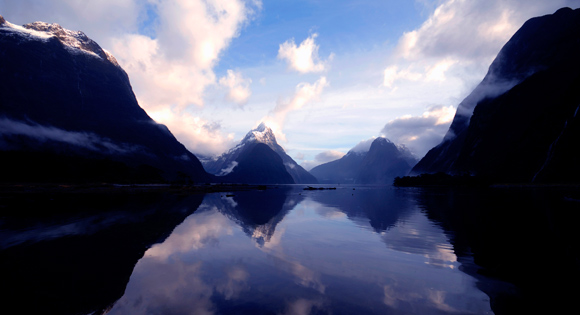 TRANFORMATION PRACTICE
"Right before a change, we encounter all our obstacles to that change. This is known as a 'sunset effect': as a pattern goes down, it glows most vividly. Just before people are ready to change, they often thrash around, saying, 'I've already worked through these issues, so why am I dealing with all of this again?' The answer is, 'These issues are coming up again because you've almost resolved them.' When you feel this intensification coming on, remember Saturn's motto: 'Things are so hard, I must be almost done.'" — Caroline Casey in Making the Gods Work for You

To Practice This Thought: Admire the sunset, rather than despairing over it, the next time your demons start acting up because you are about to really change.

UNITING IN LOVE & LEARNING
"Because questions help our spiritual evolution, early Quakers devised a series of queries, encouraging their regular and frequent consideration as an aid in our spiritual formation. I have participated in worship groups whose focus on these questions led to transformative insights, often taking me in directions I hadn't anticipated. I have seen this happen time and again with others. Having hungered for such a community, our joy in finding such places is so infectious that even as we are blessed by the community, we enrich it in return. This to me is the church at its best, uniting in love and learning, but not so slavishly committed to uniformity that our responsibility for personal exploration is lost."
— Philip Gulley in If the Church Were Christian

UNITY PRACTICE
"Whenever a judgment or evaluation
Arises within you,
Whether positive or negative,
Add the three words: '. . . just like me.'
You can go ahead and judge another as lazy,
But be inclusive with it:
He is so lazy, just like me.
She is arrogant, just like me.
They are incompetent,
She is unreliable,
He is angry,
Just like me.
Call back positive judgments in the same way:
The Dalai Lama is so wise, just like me.
She is so compassionate,
He is so strong,
Just like me.
In this way, call back every judgment to yourself
And realize that there is no other out there:
It is all you."
— Arjuna Ardagh in Leap Before You Look 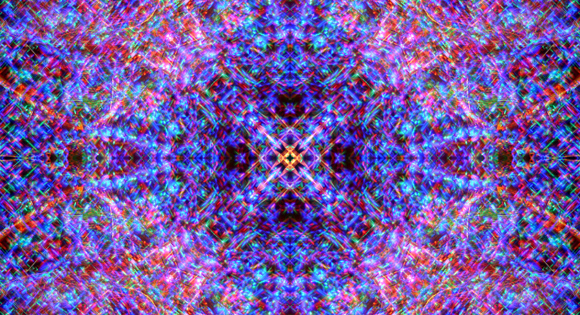 VISION PRACTICE
"My friend has a kaleidoscope she sometimes uses in her counseling practice. She invites her client to look through the kaleidoscope to catch a new perspective. God's Spirit within us is like this kaleidoscope; we need to be attentive to it so we can be transformed with new eyes."
— Celeste Snowber Schroeder in In the Womb of God

To Practice This Thought: Shift your way of seeing the world.

WAR
"War violates all Ten Commandments. There is no getting around it. How it does so is a matter of interpretation, but any honest reading of the list makes it hard to deny that God forbids war. Of course the Bible contains instances in which a particular war seems to be encouraged, but the bedrock principle of biblical obedience to divine will makes war evil, even though in some instances it appears to be a necessary evil. Even then, it should only be chosen after every other alternative has failed. A militaristic spirit runs afoul of God's call to justice and peace. Hence, I suggest that Christians, in light of the guidance of these commandments, ought to consider what we can and should do to help our nation and the nations of the earth to find the path to peace."
— James A. Forbes in Whose Gospel?

THE WAY OF WISDOM
"The way of wisdom is for roaming and browsing. It can never be fenced in, nor will it ever be fully known, mapped, and defined, and this is the joy of it. There is always more and more to discover and to share, because every new day opens up new pathways to explore. And this 'more' is for sharing, and for living. When we live from the centre of wisdom in our hearts, we can no longer live only for ourselves, for wisdom is the golden thread that binds heart to heart, and reminds us moment by moment that in the heart of God we are all one, and each one is uniquely cherished."
— Margaret Silf in The Way of Wisdom 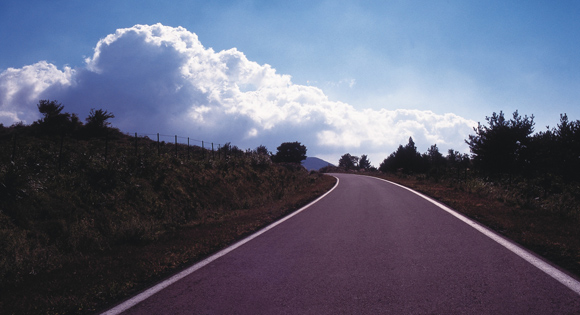 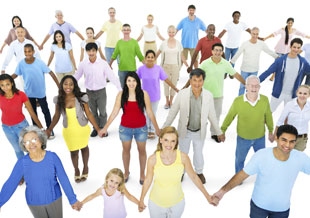 Our Vision of Progressive Christian Spirituality