Prayers and Meditations for Wartime - 2

A collection of prayers, meditations, teaching stories, and other devotional resources for wartime.

For People in the Midst of War

Pour your blessings upon
all your people in every nation,
especially in the United States and Iraq,
for whom we pray today,
whatever their faith or ethnicity.
Preserve their lives,
deliver them from the terror of war,
and, when this is over, guide them
in the way of reconciliation and peace.
Bring them a deepening sense of
their oneness in the human family,
that those things that unite your people
may be seen and felt as greater
than anything that can ever divide us.
Amen.

Today, O God. I hold before you the rulers of nations — Kings, Queens, Presidents, Prime Ministers — all who are in positions of supreme leadership.

I can be quick to criticize: help me, Lord to first enter their dilemma. On most issues of state I have the luxury of withholding judgment, of not committing myself, of sitting on the fence. Even when I have an opinion, it has little influence and seldom any consequence. Not so with rulers of the nations. To the extent that they really lead, they must make decisions, even if they are poor ones.

Help these leaders, O God, in the loneliness of their decisions. Put wise counselors around them. Take, I pray, the bits and pieces of virtue that are in each ruler and cause them to grow and mature. And take all the destructive motives and cause them to vanish like smoke in the wind.

Lord, I know that many — and perhaps most — rulers do not know you, nor do they seek you. But you seek them! Help them see how good right decisions are. And where decisions must be made that are not in their own interest, deepen their sense of duty. Having seen the light, give them the courage to walk in the light.
Amen.
— Richard J. Foster
in Prayers from the Heart

We pray
for all who have been maimed or murdered,
and those who were traumatized through watching
the brutality of others.

We pray
for people buried under bombed-out buildings . . .

We pray for those with smoke in their nostrils and dust in their mouths,
lost and, perhaps, unremembered.

Lord, in your tenderness, hold them.

Let us pray for all who suffer as a result of war:

the injured and the disabled,

for the mentally distressed,

and for those whose faith in God and in man has been weakened or destroyed...

for the homeless and refugees,

for those who are hungry,

and for all those who have lost their livelihood and security . . .

for those who mourn their dead,

those who have lost husband or wife, children or parents . . .

— Source Unknown
in The Complete Book of Christian Prayer

Increase, O God,
the spirit of neighborliness among us,

that in peril we may uphold one another,

in calamity serve one another,

Grant us brave and enduring hearts
that we may strengthen one another,
till the disciplines and
testing of these days be ended,
and Thou dost give again peace in our time.

— Prayer used in English
air-raid shelters during World War II
in The Gift of Prayer,
a Fellowship in Prayer Book

An old Rabbi once asked his pupils how they could tell when the night had ended and the day had begun.

"Could it be," asked one of the students, "when you can see an animal in the distance and tell whether it's a sheep or a dog?"

Another asked, "Is it when you can look at a tree in the distance and tell whether it's a fig tree or a peach tree?"

"Then what is it?" the pupils demanded.

"It is when you can look on the face of any man or woman and see that it is your sister or brother. Because if you cannot see this, it is still night."

O Prince of Peace,
whose active presence we seek in our lives,
come this day and show us
how to beat our swords into plowshares,
tools of life instead of instruments of fear.

May your love strip us naked
of all weapons and strategies of conquest,
which are not the tools of lovers,
wise ones and God's children.
Let us not lust for power
but rather strive for the insight
to be guided on the Way of Peace.

Let us not yearn for a victory
that requires a sister's sorrow
or a brother's shamefaced defeat.
With tears, black suits and dresses
and tolling funeral bells,
let us attend life's victory parties
that are won at such a cost.

Let us be peacemakers,
hammering swords into shovels,
filling holes and leveling peaks.
for only through such open hands and hearts
can The Peacemaker come.
Amen.

— Edward Hays
in Prayers for a Planetary Pilgrim 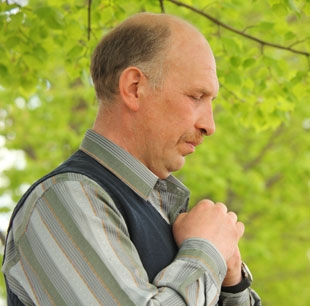