Amorality in the War on Terrorism: A Commentary on Zero Dark Thirty

Review of film Zero Dark Thirty challenging its message that the war on terror is outside the realm of morality.

Shortly after the 9/11 terrorist attacks, the renowned Buddhist teacher Thich Nhat Hanh was asked what he would say to Osama bin Laden. The whole interview is here but to summarize, he said he would start by not saying or doing anything. Instead, he would practice deep listening and try to understand the suffering that had led Osama to act with such violence against others. From that understanding would come compassion. And, he advised Americans, "if we use compassion to embrace those who have harmed us, it will greatly diffuse the bomb in our hearts and in theirs."

This is the stance of the true peacemaker, and it is the way to prevent future acts of violence. It touched us deeply. So up-front we have to say that Thich Nhat Hanh's teachings, which have been echoed by other spiritual masters from other religious traditions, have colored our approach to every 9/11 film, book, and article released since that terrible day. Our own response, "Rest in Peace," a poem written on the afternoon of 9/11 from our loft in New York City, went viral within hours of its publication on our website. In it we practiced radical empathy with all those involved in and affected by the tragedy.

We have said since those first hours on 9/11 that there is a way to respond to violence other than violence.

The habitual American response to violence, however, has been more violence. We are a nation that demands revenge, payback, punishment for offenders. If someone attacks us, if someone commits an act of violence on our shores, in our communities, in our schools, we demand that they be made to suffer in kind.

Zero Dark Thirty depicts the manhunt for Osama bin Laden for about two hours and then the raid in which he was killed for another half-hour. It opens with a vivid reminder of 9/11 — audio tracks of anguished people soon to die in the collapse of the Twin Towers calling their loved ones. This sets the intention for the film. What you are about to see is the U.S. response to those deaths. And before it's over, we will have gotten the man who did this to us.

Next comes a lengthy scene during which a detainee is strung up by his arms, sexually humiliated, waterboarded (water poured over his face so he thinks he is drowning), and stuffed into a small box. This is torture, a violation of human rights strictly prohibited by international law. Here it is carried out by American CIA operatives at a secret "black site" where it can't be reported.

The victim is suspected of being able to identify the location of Osama bin Laden's courier. Does it work? We assume torture played an important role in finding Osama, for why else is it shown in such detail in the film? But can we connect the dots from those scenes to the ending when the terrorist chief is located? Not really. We don't know if torture was instrumental or not, but we sure get a good overview of it.

Kathryn Bigelow, the director, is saying in her interviews that the film is not making a political statement, nor it is making a judgment about the value of torture. She is telling a story of a manhunt, written by Mark Boal based on first-hand accounts, and such enhanced interrogation techniques were part of that history. But even if you accept that the filmmakers are not taking a stand on torture, their use of it as a dramatic device still sends a message. It says not only that it happened, but that it was an acceptable technique in the situation.

The film moves on to show, in matter-of-fact clinical detail, other surveillance techniques used to get closer to the prey. A suspect's phone calls to his mother are tapped. Cars and people are followed. Satellites are used to spy on the compound where they think Osama bin Laden might be hiding; little moving blobs are identified as women hanging wash and children playing in the courtyard. Is Osama there? Who knows? At one point, asked the likelihood of him being in the house, most of the CIA agents say 60%. Should American lives be risked for that chance? Should all the men, women, and children in the house be killed or terrorized for that?

The only one who is 100% convinced of Osama's whereabouts is a CIA agent named Maya (Jessica Chastain in a likely Academy Award nominated performance.) What motivates this character? We can't engage in any deep listening with her because Bigelow/Boal tell us practically nothing about her. She spends years of her life on this quest, but we have no clues as to her politics, her personal history, or even her personal life. After some of her colleagues are killed in a botched meet-up with an informant, she says she must find Osama to avenge their deaths.

Maya (which interestingly enough, is the Sanskrit term for the "illusion" of the world) is the stand-in for all Americans who want revenge for the evil they identify in Osama Bin Laden and other terrorists. Bigelow/Boal don't tell us anything about her because we don't need to know her. We already know what she stands for, and most audiences will be cheering her on every step of the way. She is their hero because she exhibits the classic American virtues of determination, perseverance, and certainty.

We have a different view. We see Maya and this film as amoral. The film positions the job Maya is doing, and the larger context in which she operates, as outside the realm where moral judgments apply. And that is a choice and a statement about America's war on terror. Zero Dark Thirty says morality and ethics don't matter.

In the war on terror, it's okay to torture as long as you just don't get caught. Maya is warned: "You don't want to be the last one holding the dog collar when the Oversight Committee comes."

It's okay to want to kill people. A CIA official tells his agent, "Bring me people to kill."

It's okay to not even think about collateral damage. Briefing the Navy Seals about their mission to go into the house where they think Osama might be living, Maya admits that she'd just as soon they bomb the whole compound. In this moment, she is justifying the approach now being taken by the U.S. in its use of drones and Israel in its use of targeted missiles against the locations of suspected terrorists.

Many (actually most) of our colleagues in the film reviewing community have lauded this film and awarded the director, citing such things as her intelligent choices, her presentation of the elements of the manhunt without political posturing, and the film's production values. But we have never reviewed films for their entertainment values. We don't discount those factors, but it's not what we look for.

Our praise goes to spiritually literate films that "reveal the search for meaning and purpose, whose characters demonstrate the application of spiritual qualities, and whose themes engage us with the wider world." In other words, we reward movies that encourage the transformation of ourselves and society.

In an explanation of our approach, "Spirituality & Film," we identify 37 spiritual practices (our Alphabet of Spiritual Literacy) that we seek out in films. One of them is meaning. Films often depict people trying to discern the significance of their lives, usually after some kind of crisis. In a meaningful movie, the /uploads/features/images on the screen mirror the everyday process by which we both seek meaning and make meaning out of what happens to us.

Unfortunately, we don't get any sense from Zero Dark Thirty that the characters are doing that, or that the filmmakers want us to see it as anything other than "the greatest manhunt in history," as the film's tagline says. They satisfy our curiosity about how Osama bin Laden was located. They put us on the ground with the intelligence community and the military, and we get to ride along on the final raid. We concede that for some viewers, that will be enough. It isn't for us.

Zero Dark Thirty does spotlight the shadow side of American culture, our vengeful, angry, and violent nature. Shadow work is a valuable spiritual practice; even St. Francis of Assisi advised us to "love the leper inside." And some films can be helpful here by putting /uploads/features/images of our personal and collective shadow on display and forcing us to work through them.

Unfortunately, Zero Dark Thirty doesn't do that either. It is so indifferent to the consequences of its characters' actions that it doesn't confront you with anything. Do you flinch at the torture scenes? Maya does at first but soon enough she's directing more torture. She gets used to it and so will you, says the film. What you see is CIA agents doggedly doing their jobs; they are definitely not doubting or questioning their orders.

Even the killing of Osama is handled, you could say, neutrally. The soldiers don't celebrate; Maya identifies the body with an impassive face. The final scene, in which she sheds a tear when asked where she is going next, has been interpreted as showing remorse about not getting out of the war on terror "clean." But that reading of the scene goes against everything we've seen about her up to that moment. We read it as sadness about her lack of purpose now that the one thing she thought was hers to do is finished.

What Zero Dark Thirty does show us is the value of good "technique." It's a movie about how good technique was used to find and kill Osama bin Laden. And we've been warned about elevating technique above morality before. Child psychologist and writer Bruno Bettelheim wrote about "technique" in action during the Holocaust:

"It is this price in professional skill and knowledge, irrespective of moral implications, that is so dangerous. As a feature of modern society oriented toward technological competence it is still with us, though the concentration camps and the crematoria are no longer there. Auschwitz is gone, but as long as this attitude remains with us, we shall not be safe from the indifference to life at its core."

In this passage Bettelheim is talking specifically about German doctors who worked in the concentration camps. But what he says also applies to any situation where the end is used to justify the means, the end is not questioned, and how we get to it is not subject to moral constraints. The lamentable attitude that remains with us to this day is a prioritizing of technique over compassion and life itself.

So here's our take-away from seeing Zero Dark Thirty and our attempt to understand its popular acceptance. We challenge its basic assumption that the war on terror is outside the realm of morality. The film endorses any techniques that work to eliminate the enemy. No alternative except killing Osama bin Laden is given any screen time. Surely during this ten-year manhunt, some voices spoke up against a violent solution, even suggesting that the search for Osama be abandoned, but Zero Dark Thirty does not include them in its so-called history. With its single-minded clinical focus on technique, this biased film is making a very strong statement. It is saying that the only response to terrorism is more terrorism because, after all, violence is the American way.

We live in a sacred universe. The choices we make — from the respect we show each other, to how we respond when we are threatened, to how we treat our animals, to what we eat and buy, and what movies we see and support — are moral choices and spiritual acts. May we make the right ones. 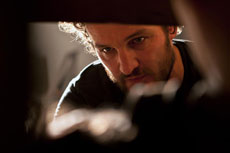 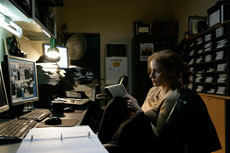 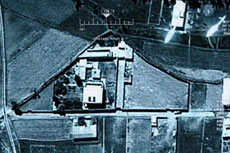 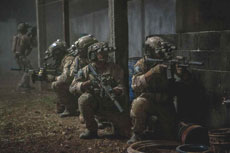 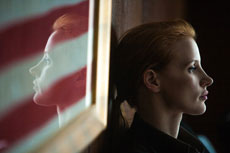