Recognizing the contributions of an economist with a spiritual message about limits, simplicity, and peace.

In 1973, at a time when more and more people were talking about the importance of ecology, his book Small Is Beautiful: Economics As If People Mattered was published. Here he advocated the use of small appropriate technologies over the traditional Western obsession with "bigger is better." Schumacher's attack on unbridled growth and the depletion of the earth's natural resources spoke to many people who were ready to commit themselves to a more spiritual way of living. The Times Literary Supplement ranked Small Is Beautiful as one of the 100 most influential books published since World War II.

In his second book, A Guide for the Perplexed, the author, a Catholic, delineated the religious and ethical principles behind his work. He concluded that "the task of our generation is one of metaphysical reconstruction." Schumacher died on September 4, 1977.

Reflect upon this quote from E. F. Schumacher: "Any intelligent fool can make things bigger, more complex, and more violent. It takes a touch of genius — and a lot of courage — to move in the opposite direction."

Identify and then take some steps in defense of smallness, simplicity, and peace in your life. 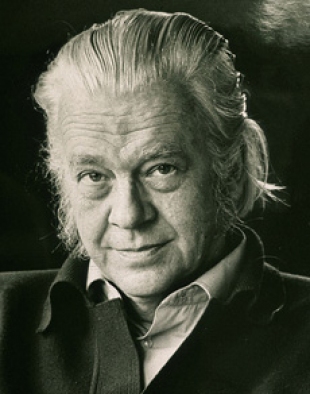