Wordless Intercessory Prayer A Practice for the Anniversary of 9/11

"Wordless prayers are a way to pray for your enemies. You can simply lift the person or the people up to God. To do this, imagine you are holding in your hands the one with whom you are out of step. Using your body, raise your arms and hands as high as you can reach, as if you were lifting the person into the presence of God. Hold him or her there for a moment, then open your hands and let the person go into God's loving care. As you allow your hands to return to your sides, feel the experience of release. When resentment, bitterness, and anger return, you can pray this prayer again — holding, lifting, and releasing — until your heart softens and your prayers are transformed.

"Lois, a student in seminary, decided to pray for Osama bin Laden, following the September 11, 2001, terrorist attacks in the United States and discovered this prayer form for herself. She made her commitment in the context of a class assignment to choose one issue of justice and peace to pray about daily for the ten weeks of the course. The students had a week to reflect and to decide where they would focus their prayers of intercession. At the beginning of the following class, I asked them to share one at a time who or what they would be praying for. Lois told me later that she had been surprised by her decision to pray for Osama bin Laden. 'When you asked us to share our prayer commitments, I hadn't made up my mind. When it was my turn to speak, his name just popped out of my mouth. I knew I would have no prayer words to utter. I realized that all I could do was to hold him up to the love of God.'

"As the class paused to reflect on the wide variety of prayer commitments, one woman said, 'I am grateful someone is praying for Osama bin Laden. I know I can't.' There was a murmur of agreement and appreciation from other students. 'I felt their support for my difficult prayer,' Lois said. 'It made it easier in subsequent weeks to raise him into the presence of God. Sometimes he felt so heavy that I could hardly lift him, but I knew I was being supported by my classmates.'

"One day when she was praying, Osama bin Laden seemed particularly difficult to lift. She remembered a phrase from an old song: 'He ain't heavy, he's my brother.' Lois was overcome by the grace of that insight. In praying for the enemy, her heart had been transformed. 'I cannot think of him as I did before. I read the newspapers differently. He is still the enemy of my country. And he is my brother.' "

— Jane Vennard in Embracing the World 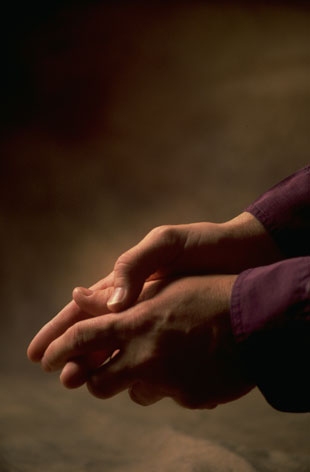