I once did an experiment that I found very beneficial toward understanding the importance of speech and its effect on the mind. As a kind of training, I decided that for a period of three months I would not speak about any third person. That is, I wouldn't speak to someone about someone else. I discovered several things from doing this. First, my mind became much less judgmental because I wasn't giving voice to the various judgments in my mind — even good ones. And as I judged others less, I found that I judged myself less as well. Second, I discovered in this experiment that about 90 percent of my speech was eliminated. This silence led to a lot more peace of mind. It was astonishing to see so clearly how much of the time our talk is about other people. 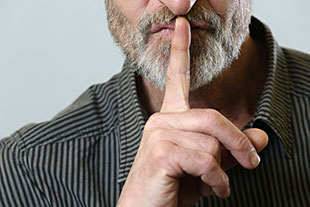