Visualizing Your Adversary in Kindness

People often think of visualization as some exotic, complex practice. Some visualization practices are like that, but visualization can also be quite simple. In fact, it is something we do all the time. When we are angry, particularly when we are "harboring" anger — reviewing it in our mind long after the incident that made us angry has passed — we are probably engaged in a visualization of our adversary, conjuring up a mental image of our anger's object.

So when you are angry, close your eyes and imagine your adversary sitting before you in a chair. Feel your anger rising up, but suspend, if you can, the inner monologue that "speaks" the anger. Forget, for a moment, the put-downs and incisive comebacks that you wish you had said.

Instead, just focus on the feeling of your anger in your body and the image of your adversary before you. Yes, what she did made you angry. What she did was unfair, insensitive, even cruel.

Once you have the image of your adversary clearly in mind, imagine her doing or saying something quite unexpected. Imagine her performing an act of kindness. Imagine her apologizing to you or helping you. Imagine a steady stream of generosity and kindness flowing from your adversary to you.

How do you feel about your adversary now?

If you say, "That's ridiculous. She would never do that!" remember that this is your visualization, an act of focused, intentional imagination. Your imagined adversary can do whatever you intend for him or her to do.

Are you sure your resistance is really because you think your adversary would never be kind to you or because you don't want to give up the protective coating of your righteous anger, even for a moment?

— Lewis Richmond in Work as a Spiritual Practice 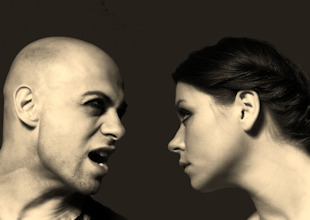