Recognizing the humanity in all citizens is essential for a functioning democracy. In any relationship, there will come a time when forgiveness will be necessary to move towards humanizing others. "Forgiveness is not about denying the suffering or ignoring the depth of our feelings," write Ed and Deb Shapiro in Be The Change. Forgiveness is not about forgetting, justifying, or giving an excuse for what happened. "Rather," they continue, "what we are forgiving is the ignorance that led to such behavior. . . . As a Jew, Ed was dumbstruck when his teacher, Swami Satchidananda, said, 'You even have to forgive Adolf Hitler.' But then Satchidananda added, 'You don't forgive the act, but you forgive the ignorance that perpetrated it. You forgive the being inside and hope they will learn and change.' "

If you are driven by bitterness, you risk perpetuating the same version of hatred that fuels the other party. The act of forgiving people's ignorance helps focus your mind and intentions towards peace while still working for justice and healing. 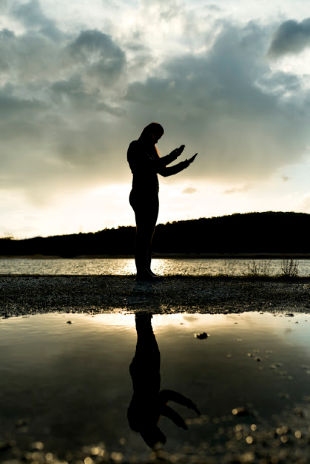