by Frederic and Mary Ann Brussat

All the world's religions have a spirituality, and it is also a common impulse among people who do not affiliate with any religion. A useful image was offered by Bede Griffiths, a Christian who spent most of his life in India. During a video interview made shortly before his death, Griffiths spread out his hand. The religions are like the separate fingers, he said, and are quite distinct from each other. For example, they have different revered teachers, sacred texts, dogmas, and rituals. But, Griffiths continued, if you trace each finger to its source, the palm of the hand, you see that the religions all come together in their depths. Thirteenth-century German mystic Meister Eckhart put it another way, calling God an underground river of wisdom with many wells tapping into it. That river is spirituality.

That is one answer. There are actually numerous definitions of spirituality. Jungian therapist Jeremiah Abrams defines spirituality as a "holy longing, a yearning to know the meaning of our lives, to have a connection with the transpersonal."

Two simple but profound definitions of spirituality are offered by Alan Jones, former dean of Grace Cathedral in San Francisco, who regards spirituality as "the art of making connections," and by Jewish scholar David Ariel, who calls it "heart knowledge."

Catholic educator Regina Coll suggests that spirituality is an "awareness of the 'more than meets the eye' in our daily lives...it refers to our hopes and dreams, our patterns of thought, our emotions, feelings, and behaviors." Gerald May, a psychiatrist and director of spiritual guidance, seconds that view, linking the term to "our deepest values and desires, the very core of our being."

Many define spirituality as a way of being in the world. According to Catholic Bishop Pedro Casaldaliga, poet of the Amazon Indians, "spirituality is a measure of our humanity -- personal depth, conscience, deep will." Another Catholic, Sister Joan Puls, locates it "in our human responses to the brokenness of our world, the threats to our planet home, the crisis points in our own lives, and the pleas and plight of human beings around us." Latin American liberation theologian Leonardo Boff calls spirituality "that attitude which puts life at the center, and defends and promotes life against all the mechanisms of death, desiccation, or stagnation."

The journey toward wholeness is a common motif in some definitions of spirituality. Psychotherapist Molly Young Brown writes: "When we expand our awareness, strengthen our center, clarify our purpose, transform our inner demons, develop our will and make conscious choices, we are moving toward deeper connection with our spiritual self." Marsha Sinetar, who has written extensively about self-actualization, notes that "everyone is spiritual to one degree or another, although many people don't admit it."

Many definitions, subtle differences in emphasis. All of them allow for spirituality to be an everyday adventure that can touch more and more areas of our lives. In his book The Music of Silence, Brother David Steindl-Rast, a Benedictine monk, gave one of the clearest explanations we have encountered:

"Sometimes people get the mistaken notion that spirituality is a separate department of life, the penthouse of our existence. But rightly understood, it is a vital awareness that pervades all realms of our being. Someone will say, 'I come alive when I listen to music,' or 'I come to life when I garden,' or 'I come alive when I play golf.'" Wherever we come alive, that is the area in which we are spiritual. And then we can say, 'I know at least how one is spiritual in that area.' To be vital, awake, aware, in all areas of our lives, is the task that is never accomplished, but it remains the goal." 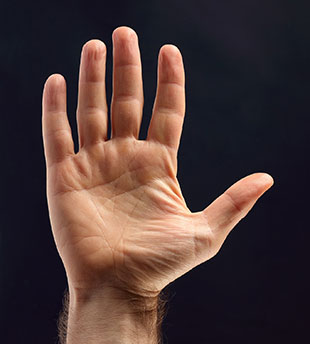 What Is Everyday Spirituality?

What Are Spiritual Practices?