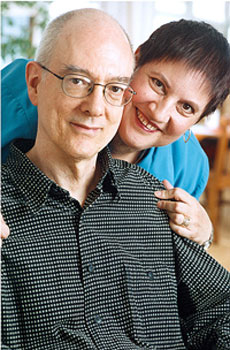 Frederic and Mary Ann Brussat
Co-Founders, Co-Directors
Frederic and Mary Ann Brussat co-founded the nonprofit organization now known as Spirituality & Practice in 1972. Their roles with S&P are changing in 2021. Frederic continues as the Senior Editor, concentrating on film and book reviews as well as curation projects drawing upon the resources on the website. Mary Ann will focus on the offerings of S&P's School of Spiritual Life as the Program Director.

The Brussats have been covering contemporary culture and the spiritual renaissance for five decades. They are the authors of the national bestseller Spiritual Literacy: Reading the Sacred in Everyday Life, a collection of more than 650 examples of spiritual perspectives on everyday experience, which is also the basis of a 26-part film series. In that book, the Brussats introduced the Alphabet of Spiritual Literacy — 37 essential spiritual practices of the world's religions and spiritual paths.

Their book Spiritual Rx: Prescriptions for Living a Meaningful Life recommends resources and exercises for exploring those practices. The content on Spirituality & Practice, much of it compiled from years of the Brussats' work, is also organized around the practices.

To read more about Frederic and Mary Ann and their work over the years, click here. 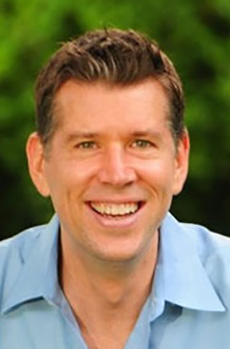 Habīb Todd Boerger
Director of Spiritual Practices
Dr. Habīb Todd Boerger first came to Spirituality & Practice as a Fellow with The Practicing Democracy Project, a collaboration of The Center for Spirituality & Practice and the Fetzer Institute. He collected practices and wrote many of the "Practicing Democracy" guides for the Project, represented the Project at conferences, and developed other content. He continues with S&P working on coding and expanding our spiritual practices and spiritual quotes databases. He also is curating content for the Alphabet of Spiritual Literacy pages and topics.

Habīb holds a Ph.D. in Theology, specializing in Spirituality and Spiritual Formation in Christianity and Islam, from Claremont School of Theology and a Master's of Divinity from the University of Sufism where he is also faculty. Additionally, Habīb has a master's degree from Texas State University and a bachelor's degree from the University of Kansas. He also holds a Certificate of Islamic Studies from Bayan Islamic Graduate School. Habīb's research interests focus on neuroscientific and psychophysiological understandings of spiritual practice, especially in relation to use of sacred text in spiritual formation practices, as well as cross-religious commonalities. He is passionate about promoting a position of religious pluralism and building interfaith bridges. 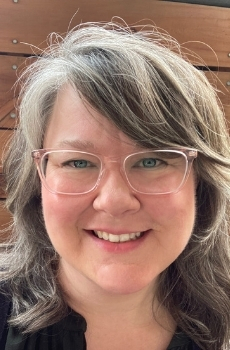 Susan Stites
Creative Communications Director
Susan brings over 20 years of experience in the creative industries. She began her career working within Denver’s film industry as a Post-production Producer with clients such as JWT and Crispin Porter + Bogusky. Susan’s call to support others and engage their communities led her working with young artists as the Director of Career + Alumni Services at Rocky Mountain College of Art + Design.

Susan was the President of the Art Director’s Club of Denver for two years and led their largest fundraising, all-volunteer run event, Paper Fashion Show. She co-founded Moxie U, which brought top Denver artists together to teach independent creatives in Denver and, due to its success, was ultimately acquired by Art Students League of Denver. Most recently, she led the marketing and community engagement of Denver’s First Divine Science church, Althea Center for Engaged Spirituality. Her organizational strengths are in online promotion, digital management, and the curation of wellness and personal growth programs. 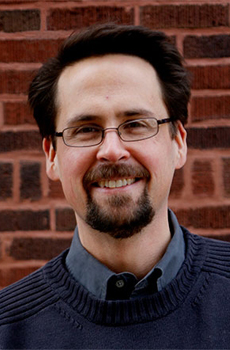 Jon M. Sweeney
Contributing Editor for Books and New Media
Jon is an award-winning author, critic, and long-time book publisher. He’s the author of more than 30 books including The Complete Francis of Assisi and St. Francis of Assisi: His Life, Teachings, and Practice; The Pope’s Cat fiction series for children; Meister Eckhart’s Book of the Heart and Meister Eckhart’s Book of Secrets both with Mark S. Burrows; and a biography, James Martin, SJ: In the Company of Jesus. 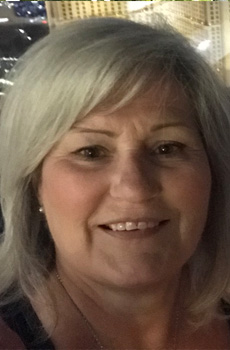 Sue Tracey
Office Manager and Customer Service
Sue Tracey comes to Spirituality & Practice with more than 20 years of office experience at the local school district and a law firm. In addition to keeping the office running smoothly, handling accounting and donor correspondence, and providing timely customer service, she organizes all our parties and celebrations with pizzazz and style. She enjoys walking, listening to music, entertaining, and spending time with her family and friends. 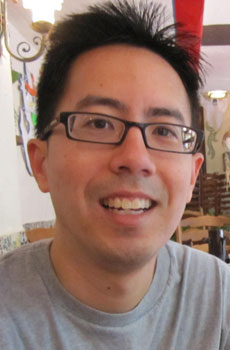 Mike and his designers and programmers created Spirituality & Practice's web presence in 2006, and they have provided ongoing maintenance and enhancements to that site. They completely rebuilt and redesigned the website for its relaunch in May 2015. They are an international team with Mike in New York City, Jesse in Arizona, Javon in Barbados, and Akeem in Trinidad. 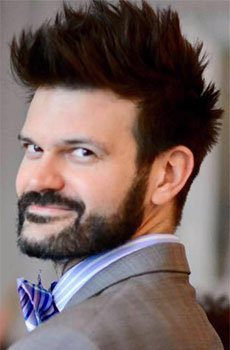 Micah is a member of InterFilm, the International Interchurch Film Organisation, for whom he has served on the Ecumenical Jury at the Berlin International Film Festival. In addition to his passion for nurturing the creativity in everyone, Micah is deeply committed to animal welfare, immigration reform, migrant worker justice, and LGBTQIA communities. In his free time, Micah writes and performs as one half of the musical-theater-performance-art-pop-duo The Gay Agenda and writes social justice-minded parody lyrics. His website is MicahBucey.com. 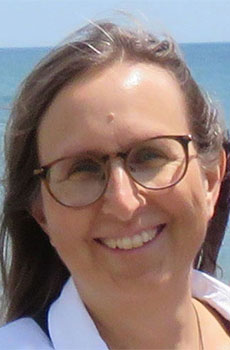 Patricia Campbell Carlson
Children's Book Reviewer
Patricia was the Senior Editor and Program Director for Spirituality & Practice from 2015 - 2020. During that time, she contributed to almost every facet of the organization, including recruiting teachers and facilitating the e-course offerings in our School of Spiritual Life, curating content for our topics, writing spiritual practices features and our e-newsletter, and editing the content for the Practicing Democracy Project. She also wrote reviews of children's books, which she continues to do as an S&P contributor.

A graduate of Whitworth University with a major in English and a minor in Religion, Patricia went on to study counseling in Cornell University’s EARS program and healing arts at the Fingerlakes School of Massage. She co-ran a youth program in Belfast, Northern Ireland; edited Sojourners magazine with a community devoted to social renewal; and served as the voice behind Cornell’s “Dear Uncle Ezra” column, a forerunner in online counseling. As Executive Director of Gratefulness.org, she carried forward the legacy of Br. David Steindl-Rast, a revered Benedictine author and teacher. 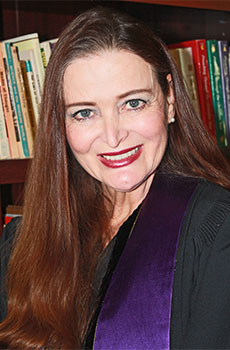 Patricia Adams Farmer
Process Musings Blogger
Patricia Adams Farmer is an ordained minister, educator, and writer. She has lived in six states and two countries, experiencing a wide swath of cultural perspectives. An author and blogger in process theology and spirituality, she enjoys writing for spiritual pilgrims of all stripes. Since her first book, Embracing a Beautiful God (2003), themes of beauty and eco-spirituality continue to pervade her work.

In her spare time, she enjoys walking along a wild creek trail with her husband, Ron, reading British mysteries, and making scones for afternoon tea. Inspired by the Brussat's Alphabet of Spiritual Literacy, her current writing project is working through the alphabet on "Process Musings," an S & P blog she shares with her colleague in process thought, Jay McDaniel. Her website is PatriciaAdamsFarmer.com. 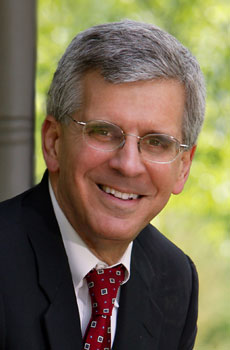 Jay McDaniel
Process Musings Blogger
Jay McDaniel, PhD, was Willis Holmes Distinguished Professor of Religious Studies at Hendrix College in Conway, Arkansas from 1979-2018, where he taught the world’s religions to college undergraduates. After retiring from Hendrix, he began devoting his time to creating interfaith networks, working with the Center for Process Studies and the Institute for the Development of Postmodern China, and further teaching.

Author of several books, including Living from the Center: Spirituality in an Age of Consumerism (Chalice Press, 2000) and editor of Open Horizons, he is married to Kathy McDaniel and has two sons, Matthew and Jason. He is an amateur musician, playing in bands at restaurants and assisted living centers for senior citizens. He is especially interested in ways that the Alphabet of Spiritual Literacy, developed by Spirituality and Practice, can be utilized to cultivate interfaith understanding and inspire people who are spiritually interested but not religiously affiliated. He edits, curates, and writes extensively on his website OpenHorizons.org.

We are grateful for the contributions of our Practicing Democracy Fellows and Interns: