By Krishna Das
One hour of awesome kirtan music with rock textures.

All One by Krishna Das is a major work by a master of kirtan music. The one hour of propulsive rock music gives clout and nuance to the chant "Hare Krishna Hare Rama" which is carried into the heart by Krishna Das's crusty and liberating vocals. An impressive female chorus responds to his calls and together they all create a mesmerizing wall of sound we can ride like the surf or sing along with in wild abandon.

This is the master of kirtan's ninth album, and it has been co-produced by rock luminaries Walter Becker (Steely Dan), Jay Messina (Aerosmith), and David Nichtern (who wrote "Midnight at the Oasis"). They all play on the album along with Rick Allen (Def Leppard) on drums. The four tracks have distinctive instrumental sounds but all praise Krishna and Rama. Three of the sections build to the fourth which is a percussive driven celebration of Divine playfulness and grace.

Our response is a blend of awe and gratitude for this creative and vibrant example of kirtan music. 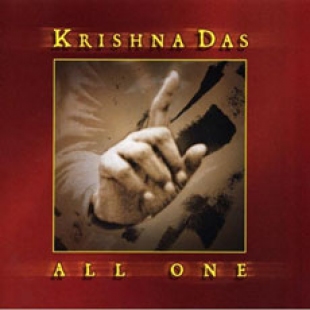