All in Sync How Music and Art Are Revitalizing American Religion

By Robert Wuthnow
A study of religion and the arts based on 400 interviews with Christian clergy and laity.

In his last book, Creative Spirituality, Robert Wuthnow, Director of the Center for the Study of Religion at Princeton University, found that contemporary artists were seen by many Americans as the theologians of our time. In surveys, 81% said that artists play an important role in communicating moral and ethical values. His new study examines the relationship between religion and the arts using more than 400 in-depth interviews with church members, clergy, and directors of leading arts organizations. He concludes that music and art are closely connected to spiritual growth and are spurring renewal within many Christian congregations.

Historically, church leaders have been skeptical about the role of the imagination in a life of faith, but now many of them are seeing that music and poetry, painting and sculpture, drama and dance can bring believers closer to God and enrich their devotional practices. In surveys, Christians talk about art and music as sources of solace and strength during times of tragedy and grief. Since clergy uniformly single out spiritual growth as a top priority in their congregations, they are slowly opening up to the idea that experimentation with liturgical dance, art festivals, and poetry clubs is a good thing. Wuthnow includes interviews with those who have used contemporary music in religious services and allowed creative individuals to come up with unusual ways to serve their congregations.

This suggests that some serious educational efforts within congregations should explore the connection between Divine and human creativity, emphasizing our role as co-creators with God of a new world-in-the-making. Hopefully, this book will be read widely within Christendom by those who still do not see that imagination is a spiritual practice. 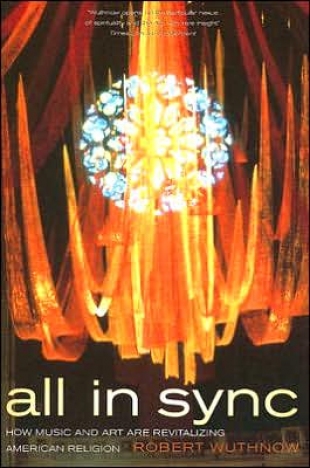