Hearth Sounds Ancient Songs from Ireland and the World

As we listened to the 18 sacred songs on this CD, which were recorded by the inimitable Noirin Ni Riain and her two sons in Ireland's Glenstal Abbey, we thought of Esther de Waal's book The Celtic Way of Prayer where she celebrates the everyday spirituality of men and women from ancient times. De Waal shares a "Prayer of the Hearth" which was offered to the God of Life, the God of Peace, and the God of Grace:

"The sacred Three
To save
To shield
To surround
The hearth,
The household,
This eve.
This night,
Oh! this eve,
This night,
And every night,
Each single night.
Amen."

That prayer would be a fitting invocation for a listening session with this CD. It features a melodically rich medley of medieval chants, traditional Irish songs, English language hymns, and more. As Noirin Ni Riain and her two sons tap into the reverence and the gratitude in many of the songs, we could picture them singing in a circle around the hearth, a family united in praise of God, letting the light that is within them shine brightly to all of us listening. 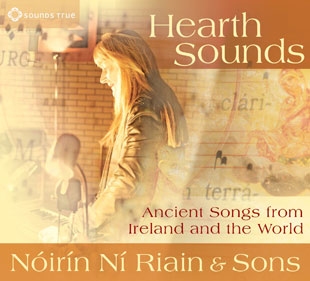