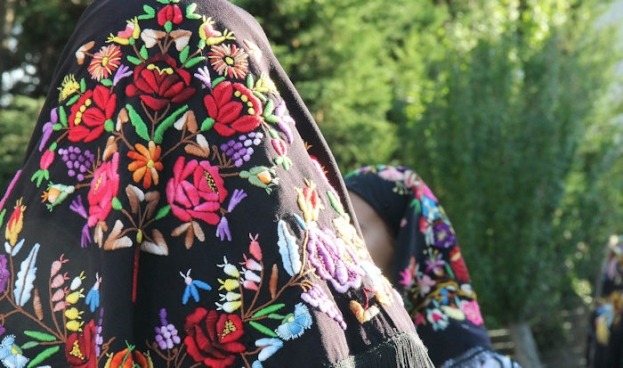 Mortality Is a Hot Topic Around the World

Posted by Frederic Brussat on February 26, 2015

Bernard Crettaz, the Swiss creator of the "death cafe" movement, has decided that it is time for leadership to pass to the next generation. Ten years ago after the death of his wife, this popular sociologist came up with the idea of death cafes where the taboo subject was the sole topic of conversation. Small groups gathered in restaurants, anyone was welcome, and Crettaz usually led the conversation about grief, suicide, near-death experiences, faith, spirit, soul, good deaths, and the afterlife. The only rule was that there was to be no prescription: no topic, no religion, no judgment. The first death cafe took place in 2004 and in the last three years, there have been over 1,400 death cafes in 26 countries. The website www.deathcafe.com will give you more information on hosting a cafe and the location of conversations around the world.

According to this article in Prospect Magazine, talking about mortality is now in vogue. It used to be a taboo topic, but now in countries around the world, there is widespread debate over assisted dying, the fears of elderly folk that they will be struck down by dementia, the anxiety of the baby boom generation over end-of-life care, and other death-related issues.

In 2009, the National Council for Palliative Care in England set up Dying Matters, a coalition of NHS, charitable and other related organizations to animate the public to talk about death. The coalition has organized campaigns to deal with grief and the writing of living wills. Also the South Bank Center hosted a hugely popular "Death Festival" with debates, readings, puppet shows, and an international coffin exhibition.

Hats off to Crettaz and those who have followed his example for giving us a civil and respectful model for meaningful conversations by ordinary people as they share their feelings and experiences about the end of life and all the issues clustered around it. 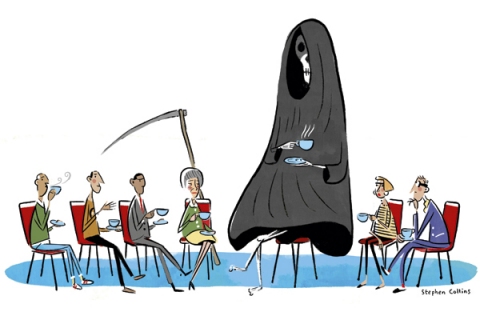 Next Post: Treating Inanimate Things with Courtesy and Caring