The Most Punctual Man In India

Mahatma Gandhi's Ingersoll pocket watch was among the few material possessions he left behind. It signaled him to go to bed, shortly after midnight, and it was there when he arose at 4 a.m. On the day he was assassinated at the age of 78, the watch stopped at the exact moment when he died.


Nina Martyris writes about "The Most Punctual Man in India" in this article on laphamsquarterly.org. Gandhi's legendary punctuality was the complete opposite of the stereotype of Indians' having a relaxed attitude toward time and their ignoring of the ideal of punctuality for appointments. There is even a national joke about "IST" (Indian Standard Time).


Everything for Gandhi was structured around his mission. He referred to the importance of not wasting a moment of time as part of his trusteeship: time is not ours but it belongs to the nation and we are obligated to use it wisely. This view enabled Gandhi to answer sacks of mail and meet with many visitors every day. And when he arrived a few minutes late for a meeting, he apologized profusely.

Gandhi's radical view of time and punctuality has two spiritual sides to it. First, he agrees with Jewish teachers who state that to be late for an appointment is the equivalent of stealing another person's precious time and hence is a violation of the commandment "Thou shall not steal."
Given the "time famine" that everyone complains about, this makes being chronically late more egregious and being on time a sign of respect for others.


Secondly, Gandhi gives us a profound example of making the most of "soul time" that is rich, textured, and expansive. As the great Indian leader showed us, we are here to expend ourselves completely in service of others – even if it means less than four hours of sleep and no vacations. 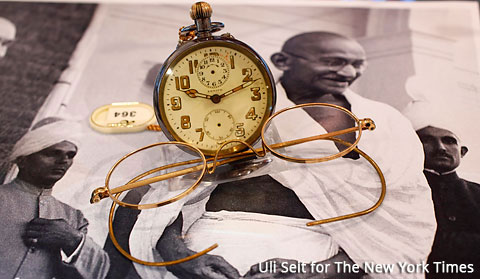