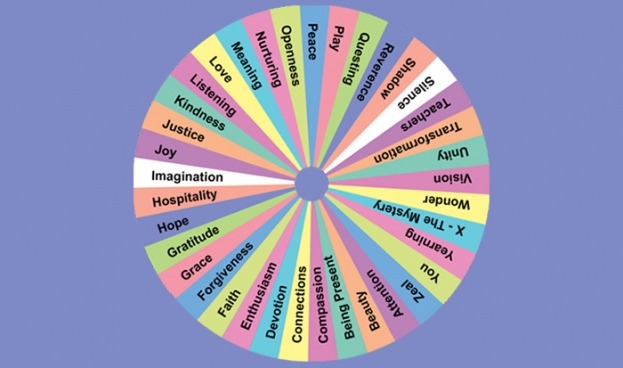 The Scope of Spiritual Literacy

I'm recommending that everyone in Congress take a course in "religious and spiritual literacy." But why stop there?

Wouldn't it be nice if people all over the world were religiously literate: that is, if they had a basic understanding of the world's many religions? Maybe even all seventeen of them, which is the number of religions presented by the Harvard Pluralism Project. What to know? Not just the ideas and practices, but also the contributions the religions have made to society and an appreciation for the moral exemplars they offer the world. Religious literacy should be required of all government officials, all clergy, all college graduates. Religious literacy is as important as math and science.

But even religious literacy doesn’t really go far enough. It would also be nice if people around the world were spiritually literate: that is, if they had a sense of moods and aspirations that are important to many people within and outside the many world religions. Attention, being present, faith, kindness, hope, listening, justice, play, wonder, zest for life –- the kinds of moods and aspirations found in the spiritual alphabet offered by Spirituality & Practice. I’ve made a wheel of their alphabet in the image above.

In the world of process theology, we take moods and aspirations very seriously. Yes, they are "subjective" in the sense that they have a private side. But we believe that everything in the universe partakes of moods and aspirations. In the technical language of Alfred North Whitehead, all actualities have "subjective forms" and "subjective aims." Some call the way of thinking pan-experientialism. The point is simple: Everything is inwardly alive in its own way. Patricia Adams Farmer has written a short essay called the "The Numinosity of Rocks" which speaks to this in a beautiful way. But process thinkers propose that quantum physics can lead a person to a similar conclusion.

If there is wisdom in pan-experientialism, and if spirituality has something to do with the subjective form and aims that inform the "inner life" of an actuality, then everything has a spiritual dimension in its way. Not just human beings, but also hills and rivers, trees and stars. The wider world is always expressing its subjective aims and forms -– its spirituality -– to us and to others. Science would then be one way of coming to understand and appreciate the spirituality of the universe. Poetry would then still be another.

The Scope of Spiritual Literacy

All of this is to say that the scope of spiritual literacy is wider -- much wider -- than that of religious literacy. Its horizons include the whole universe in a certain way. When we look at the worlds around us, we are beholding their own spiritual self-expressions. They are saying to us: "Here I am, from the inside out." Spiritual literacy includes universe literacy.

And of course, in the human sphere, spirituality likewise includes many people who, when surveyed about religious affiliations, check None. A study by the Public Religion Research Institute shows that there are three kinds of Nones in the United States today: (1) people who vehemently reject all things religious and are somewhat allergic to the word spirituality, too; (2) people who are apathetic about religion and spirituality, because both seem irrelevant to what is important in life, and (3) people who are spiritually interested but not religiously affiliated, or, as we speak of them at Spirituality & Practice, "spiritual independents." It would be nice if people around the world had a sense for the "spiritual side" of the spiritual independents. Their numbers are growing.

Religious literacy? Yes, indeed. Spiritual literacy? Yes again, and then again. Only as we learn to see the worlds around us, human and more-than-human, as expressing their own forms of awe and wonder, as being present to others in connecting ways, as having their own capacities for listening and hope, as being filled with their own forms of zeal, understood as zest for life, only then can we live lightly on the earth and gently with one another, with life as itself as our religion.