The Future of World Religions

The religious profile of the world is changing, according to a new report from the Pew Research Center. The chief accelerators are fertility rates, size of youth populations, the numbers of people switching faiths, and the impact of international migrations. The writers of the report admit that there is a chance that unseen events such as war, famine, disease, technological innovation, or political upheaval could significantly alter the global religious landscape described here. 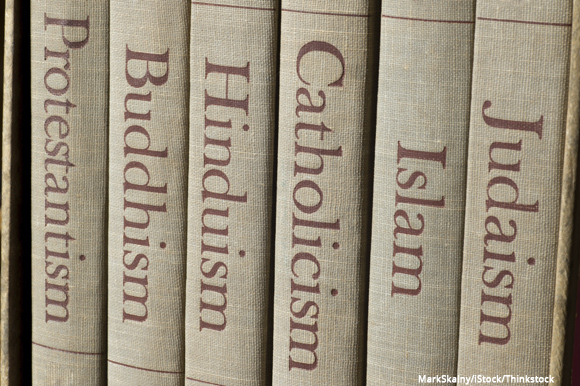 Read the entire study here: The Future of World Religions

Another resource to keep you posted on the future of world religions is the Pew-Templeton Global Religious Futures Project, which analyzes religious change and its impact on societies around the world. Its research is carried out by the Pew Research Center with generous funding from The Pew Charitable Trusts and the John Templeton Foundation. An interactive website for this material is development; over time, it will grow to include additional data from the Pew Research Center’s demographic studies and public opinion surveys in many more countries. Additional functionality for exploring and sharing the data will be made available as well.

The data currently in the Global Religious Futures database includes: