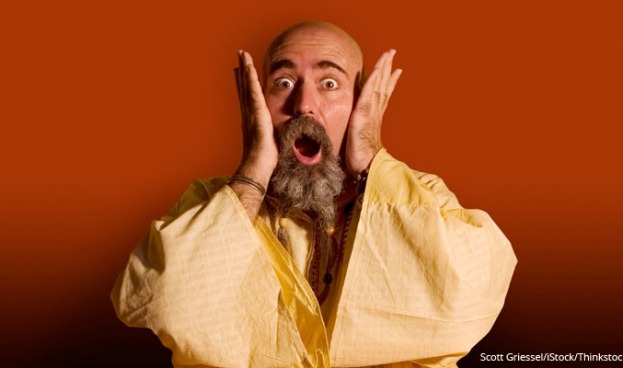 Posted by Frederic and Mary Ann Brussat on June 3, 2015

In an article titled "How Comedians Become Public Intellectuals" in The Atlantic, Megan Garber contends that there is a difference between the comedians we used to see on TV, who treated jokes as an end in itself, and the small circle of influential comedians of today who take on serious subjects such as racism, sexism, helicopter parenting. and climate change. She calls this brand of humor "comedy with a message."

Jon Stewart is at the head of this class of comedian with his insightful cultural criticism that includes politics, economics, consumerism, war, and just about everything else you can come up with under the umbrella of the contemporary situation. Other notable humorists in this circle are John Oliver, Stephen Colbert, Patton Oswalt, Tina Fey, Amy Poehler, and Amy Schumer. The difference between their efforts and those of their predecessors such as Richard Pryor and George Carlin is that today's rants and raves often go viral on the Internet.

According to Garber, "Comedians are acting not just as joke-tellers, but as truth-tellers – as guides through our cultural debates." While some citizens may be offended by the unconventional attacks on foreign and domestic policies or sacred cows such as religion and morality, others welcome these prophets who encourage us to think and talk about things that matter. Garber even goes one step further when she proclaims that comedians have taken on the role of public intellectuals who are examining important ideas as "the guardians of the national discourse."

For years, we have marveled at the subversive humor of Jon Stewart in hundreds of monologues and comic sketches conveying the warps and absurdities of our times. Equally astonishing is his openness to writers – famous and not-so-well known – who have tried to make sense of this era and its massive contradictions and paradoxes. Now that he is retiring from The Daily Show, we hope to see others follow in his train with their own prophetic and spiritual reports on the soulscape of America and the rest of the world.