"In The Te of Piglet Benjamin Hoff helps us put this problem in perspective through the following story:

" While traveling separately through the countryside late one afternoon, a Hindu, a Rabbi, and a Critic were caught in the same area by a terrific thunderstorm. They sought shelter at a nearby farmhouse.

" 'That storm will be raging for hours,' the farmer told them. 'You'd better stay here for the night. The problem is, there's only room big enough for two of you. One of you'll have to sleep in the barn.'

"A few minutes later there was a knock on the door. It was the Hindu. 'I'm sorry,' he told the others, 'but there is a cow in the barn. According to my religion, cows are sacred, and one must not intrude into their space.'

" 'Don't worry,' said the Rabbi. 'Make yourself comfortable here. I'll go to sleep in the barn.' He went out to the barn.

"A few minutes later, there was a knock at the door. It was the Rabbi. 'I hate to be a bother,' he said, 'but there is a pig in the barn. I wouldn't feel comfortable sharing my sleeping quarters with a pig.'

"A few minutes later, there was a knock at the door. It was the cow and pig.

"The lesson: we can't let our fears of critics hold us back from risking sensitivity to others. Spiritual success is sometimes best measured not by what we accomplish, but by whether we have the tenacity to persevere when we don't see immediate results." 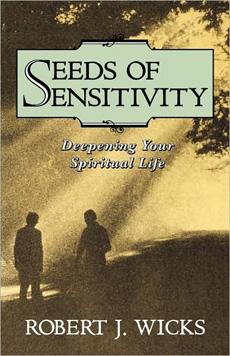