The Shattered Lantern Rediscovering a Felt Presence of God

The preferential option for the poor, kissing the leper as a form of contemplation


"There is a story told about Francis of Assisi, perhaps more mythical than factual, which illustrates how touching the poor is the cure for a mediocre and dying faith:

"One night prior to his conversion, Francis, then a rich and pampered young man, donned his flashiest clothes, mounted his horse, and set off for a night of drinking and carousing. God, social justice, and the poor were not on his mind. Riding down a narrow road, he found his path blocked by a leper. He was particularly repulsed by lepers, by their deformities and smell, and so he tried to steer his horse around the leper, but the path was too narrow. Frustrated, angry, but with his path clearly blocked before him, Francis eventually had no other choice but to get down off his horse and try to move the leper out of his path. When he put out his hand to take the leper's arm, as he touched the leper, something inside him snapped. Suddenly irrational, unashamed, and undeterred by the smell of rotting flesh, he kissed that leper. His life was never the same again. In that kiss, Francis found the reality of God and of love in a way that would change his life for ever.

"Today many of us struggle with the same issues as did the pre-converted Francis, with a pampered life and a mediocre and dying faith. We know that our faith calls us to work for social justice and that this demand is non-negotiable. We know too, as somebody once put it with a succinctness that is praiseworthy, that strength without compassion is violence; that compassion without justice is weakness; that justice without love is Marxism; and that love without justice is baloney! What we often don't know is that the preferential option of the poor is the cure for our mediocre and dying faith. We must kiss the leper.

"Simply put, if we touch the poor we touch Christ. In this way, touching the poor can be a functional substitute for prayer and, given the power of Western culture today, we often need this substitute. Let me try to explain.

"Western culture today is so powerful and alluring that it often swallows us whole. Its beauty, power, and promise generally take away both our breath and our perspective. The lure of present salvation — money, sex, creativity, the good life — has, for the most part, entertained, amused, distracted, and numbed us into a state where we no longer have a perspective beyond that of our culture and its short-range soteriology.

"One way out of this, of course, is though prayer. A life of prayer can cure a dying faith. The problem here, however, is that what our culture erodes in us is, precisely, our life of prayer. The hardest thing to sustain within our lives today is prayer. Everything militates against it. Given this, perhaps the only way we have of not letting ourselves be swallowed whole by our culture is to kiss the leper, to place our lot with those who have no place within the culture, namely, the poor with their many faces: the aged, the sick, the dying, the unborn, the handicapped, the unattractive, the displaced, and all those others that are not valued by the culture. To touch those who have no place within our culture is to give ourselves a perspective beyond culture.

"Daniel Berrigan, who writes eloquently on this, describes in his memoirs how much his perspective changed when he began to work full-time in a cancer ward, ministering to the terminally ill. When you walk home from work after a day of being with those who are dying, he says, your vision clears pretty well and what your culture offers to you no longer seems to overpowering and irresistible. Concrete contact with the poor is Christian contemplation. It knocks the scales off one's eyes.

"Thus, like Francis, we need to get off our horses and kiss the leper. If we do, something will snap, we will see our pampered lives for what they are, and God and love will break into our lives in such a way that we will never be the same again." 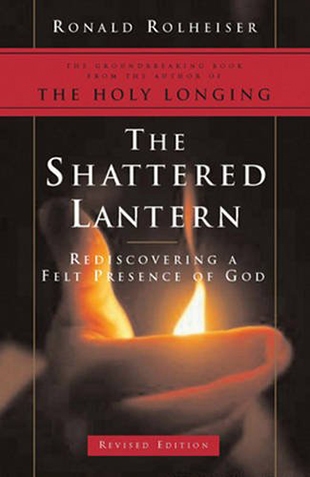