The Active Life A Spirituality of Work, Creativity, and Caring

"Think of how often the idea of making occurs in everyday discourse. We speak, as Chuang Tzu says, of making money, making friends, making changes. We also speak of making time, making love, making peace, making a deal, making our way, making a mark, making things right, making meaning, making a living, and — to cover all the bases — making 'it,' Even Yeats, that virtuoso of the English language, wrote of our 'soul-making.' When a verb is so pervasive in ordinary conversation and when we join it to so many nouns that represent such diverse phenomena, that verb must reveal something essential in our view of ourselves, our action, and our world. What are we going to 'make' of it?

"Clearly, we regard ourselves as the manufactures of nearly everything under the sun, including things that we cannot possibly make. I suppose we can make a deal or make a mark. But can we really make things right, or make peace, or make love? And surely no one, no matter how smart or skillful, can make time. We seem to regard much of the world as raw material that waits passively to be given shape by our own designs and energies; in fact, the word make comes from a root that relates to the kneading of clay or dough. Karl Marx, whose basic orientation to the world is found as much among capitalists as among communists, spoke of human labor as 'adding value' to raw materials, as if the material world had no value in itself. Unless you write all of this off as 'mere language' (and I do not believe language is ever mere), you have to conclude that we unconsciously imagine ourselves as the ultimate makers of nearly everything, including our own lives.

"For some years I have had a cartoon posted above my desk to remind me of how ludicrous this version of activism is. It shows a vast, flat plain stretching off into the distant horizon, with only a few rocks and scrubby plants scattered across it. There are numerous small groups of people out of the plain; working the ground with pickaxes, shovels, and wheelbarrows, while in the foreground stand two people with blueprints, who are supervising the work. The caption under the cartoon reads, 'Early Work on the Grand Canyon.' (Having looked at the laughed at the cartoon for years, I was reminded, during a recent rafting trip through the Grand Canyon, that some people want to dam the Colorado River and fill the canyon to generate hydroelectric power. Only so, they believe, could this magnificent gorge be of real value. Sometimes the distance between a cartoon and the real world is shockingly short.)

"We will better understand the source of this strange bias if we explore its opposite — the conviction that we do not make the world or ourselves, but instead receive life as it is given. This is the conviction behind that great passage in the Book of Job in which God is trying to impress Job with the foolishness of regarding his life as anything other than a gift: 'Where were you when I laid the earth's foundations?  . . . Who decided the dimensions of it, do you know?' (Job 38:4-5, JB). Despite our pretensions, there are some things we simply cannot make. Why do some of us have such a hard time accepting that elemental and obvious fact?

"If we were to accept large areas of life as pure gift, we would be forced to acknowledge that we are not in control. Were we to live as recipients rather than makers, we might feel dependent and diminished, like clients of some cosmic welfare system that demeans our lives. If we were to affirm that we have received many gifts, that we have not earned all that we have, we might feel obliged to pass the gifts along rather than hoard our treasures to ourselves. To acknowledge that we do not and cannot make most what we have would strip us of too many illusions and take us too close to reality for comfort.

"It seems odd, but the despair that Chuang Tzu speaks of descends on some of us in this society of 'makers' when we are forced to admit our dependence on gifts. In that moment we are compelled to face our own limits and reliances, compelled to admit that total self-sufficiency is, and always has been, an illusion. In that moment some of us do not feel the liberation of burdens being lifted; we feel disillusionment and despair.

"But Chang Tzu knows that this despair is a step on the journey toward joy. He knows that real despair comes from clinging to the conviction that if I cannot 'make meaning' for me life — by making money, friends, changes — there is no meaning to life at all. True despair is the refusal to recognize the fragility of all our efforts at making, the ease with which our making is destroyed by error, evil, illness, age, death. The joy beyond despair comes when we abandon the exhausting illusion of self-sufficiency and become the grateful recipients of the gifts that life provides." 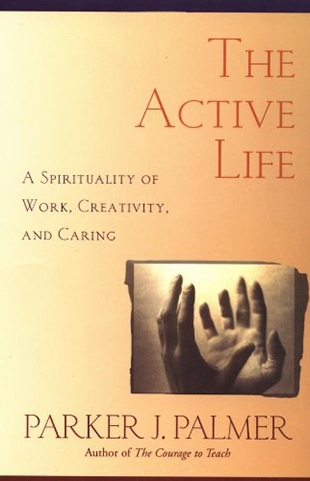