How Can We Keep from Singing Music and the Passionate Life

"It was magic. Every ounce of meaning, every drop of musicality that we could find in ourselves was there. Not mutiny — we followed his baton precisely — but transcendence. We took his lugubrious tempos and filled them with fire. There had been no discussion, no rabble-rousing, no petition signing — simply a silent, individual, and collective decision to make music. The air crackled. We gave them the Mozart Requiem as if it were the most precious gift in the world.

"And the audience heard. They felt the significance, the connection with Mozart and with us. They let us know it, too. When it was over, they stood and cheered and beamed.

"We may follow the conductor, but we serve the music. For those of us who place Wolfgang Amadeus among the heavenly host, singing dull Mozart is the greatest blasphemy of all." 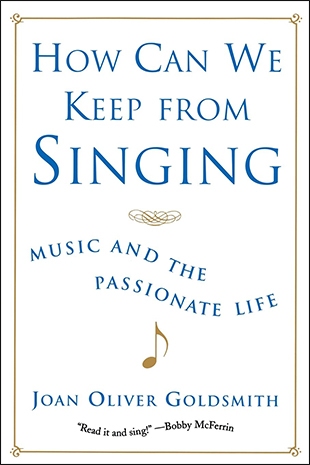