The Big Bang, The Buddha, and The Baby Boom

"Historian Arnold Toynbee said that the transmission of Asian spiritual practices to the West would turn out to be one of the most significant events of our time, and recent generations were the first to embrace those practices in any number. In the 1950s there were only a handful of Hindu or Buddhist centers outside of Asia, but today millions of people in the Americas, Europe, and Australia are doing yoga and even twisting their unwilling legs into awkward variations on the classic lotus pose for meditation. Many Catholic girls from Chicago, instead of moving down the rosary beads reciting 'Hail Mary, full of grace,' are moving beads around Tibetan malas and chanting, 'Om mane padme hum,' while Jewish boys from Long Island have taken on improbable Hindu and Buddhist names and are chanting, 'Hare Krishna' or 'Om shanti,' phrases that may replace 'Shema Yisroel' on their lips at the moment of death. Hospitals throughout the West now use ancient Asian meditation techniques for stress and pain reduction, and major universities are studying yogis and meditators to see how consciousness might be altered or improved upon. Asian wisdom seems to have settled in the West for a while. Perhaps it has come to help us soothe our jangled nerves or relax our tight monads of selfhood before it's too late.

"Perhaps it proves nothing, but many people I know have personal altars in their homes containing images of deities and ritual objects from many different religious traditions. Monotheism seems to have been shattered, and not just into three pieces but in a thousand or more names of god. I am aware of growing circles of people in northern California who celebrate the summer and winter solstices with dinners and rituals, and many of these people will also observe Passover and Easter, while some will also attend a special ceremony on Buddha's birthday or maybe go to the Mission District of San Francisco to join in the Day of the Dead parade. It's the mythological melting pot, and we seem to be stirring up a new stew." 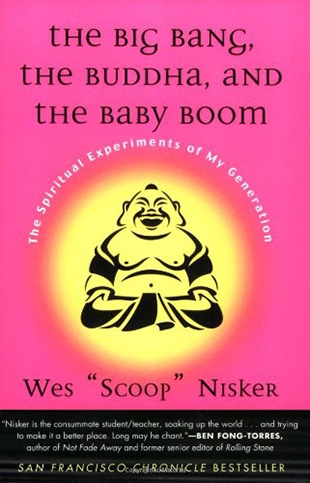