"The heart attack which slows down a forty-six-year-old businessman does not come from God, but the determination to change his life-style, to stop smoking, to care less about expanding his business and care more about spending time with his family, because his eyes have been opened to what is truly important to him — those things come from God. God does not stand for heart attacks; those are nature's responses to the body's being overstressed. But God does stand for self-discipline and for being part of a family.

"The flood that devastates a town is not an 'act of God,' even if the insurance companies find it useful to call it that. But the efforts people to make save lives, to risk their own lives for a person who might be a total stranger to them, and the determination to rebuild their community after the flood waters have receded, do qualify as acts of God.

"When a person is dying of cancer, I do not hold God responsible for the cancer or for the pain he feels. They have other causes. But I have seen God give such people the strength to take each day as it comes, to be grateful for a day full of sunshine or one in which they are relatively free of pain.

"When people who were never particularly strong become strong in the face of adversity, when people who tended to think only of themselves became unselfish and heroic in an emergency, I have to ask myself where they got these qualities which they freely admit they did not have before. My answer is that this is one of the ways in which God helps us when we suffer beyond the limits of our own strength.

"Life is not fair. The wrong people get sick and the wrong people get robbed and the wrong people get killed in wars and in accidents. Some people see life's unfairness and decide, 'There is no God; the world is noting but chaos.' Others see the same unfairness and ask themselves, 'Where do I get my sense of what is fair and what is unfair? Where do I get my sense of outrage and indignation, my instinctive response of sympathy when I read in the paper about a total stranger who has been hurt by life? Don't I get these things from God? Doesn't He plant in me a little bit of His own divine outrage at injustice and oppression, just as He did for the prophets of the Bible? Isn't my feeling of compassion for the afflicted just a reflection of the compassion He feels when He sees the suffering of His creatures?' Our responding to life's unfairness with sympathy and with righteous indignation, God's compassion and God's anger working through us, may be the surest proof of all of God's reality." 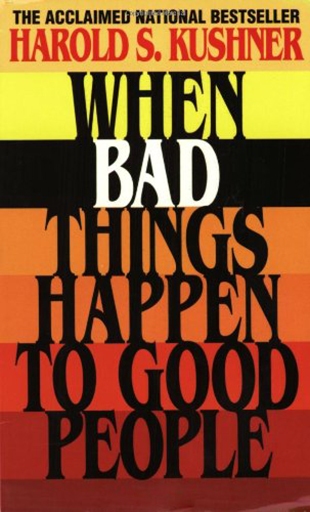