White China Finding the Divine in the Everyday

"But I can imagine those broad, short-fingered hands as being full of energy: stabbing a finger into a weathered, hardened palm to make a point, handling a carpenter's bit or a lamb with the sure calm of authority. I can imagine a small child sitting securely on that sturdy, brown, black-haired forearm, a brown dimpled starfish hand on his rounded, muscular shoulder. I can imagine him walking enormous distances with a strong stride. I can imagine him exhausted by the effort to heal everyone who needed healing — so many among his own people, and then there were all the others.

"I can imagine him sleeping, exhausted and utterly relaxed. I know this sounds scandalous too, but it's in the Gospel: Jesus slept as the boat in which he was crossing the Sea of Galilee got into stormy waters. I can imagine him in the discipline of fasting, and also in the joy of a feast.

"I can imagine him in the intimacy of close friendships — reaching out to grab Martha's wrist as she's scurrying to get dinner on the table, and pulling her gently down to rest. I can also imagine the terrible remoteness of being at once human and God, somewhere between the man who calls God Abba and the God who knows Godself. There's mystery here. We've tried for two millennia to plumb and understand this mystery, and understanding is not going to happen because it requires us to stretch beyond our own humanity and we can't do that. We can only wait for it all to be made plain to us.

"I can imagine all this. I still understand that I must take this strange, demanding, impossible figure and somehow make him mine — my own personal Messiah at this beginning of a new millennium. This is what we've been doing in every single century since the Resurrection: trying to figure out not only who this person is, but also what he means; and the answers we come up with depend very much on who we are and when and where we are. It's a struggle.

"Maybe for some lucky people, there's a single knock-you-off-your-donkey moment in which they encounter Christ, and that's it. I'm mildly jealous. For others of us, it isn't so; it's an ongoing process. For whatever God-given reason, I seem to have to keep wrestling with this Christ-stuff, struggling, reading, learning, giving up a cherished notion, trying again. It is the point and purpose of my life.

"But I like to go back to the beginning point, to the scandalous figure who comes into the world (as his mother crowed at his conception) 'turning the mighty from their seats and exalting the humble and meek.' I like to imagine what it would be like to walk with him. Just for a moment, at least, before I have to turn back to this life I lead in this city, in this hour, in this life.

"Be with me, Jesus, and keep me — not just in the safety of your saving grace, but in the fire of imagination and the boldness of proclamation. Maybe it's not an easy place to be, but when did you ever choose the safe way?" 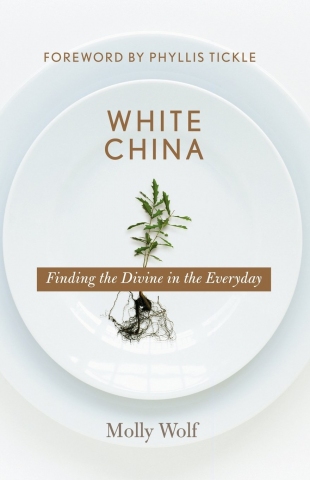