By Paula D'Arcy
Paula D'Arcy on the power of love to heal pain, grief, and loss.

"Months into the journey with grief I found some words printed in an obscure literary bulletin. 'We hear the rain, but not the snow .... ' I want to thank Kent Nerburn for being part of my community. I want him to know that upon reading those words, a power rose up in me. The words found their way into my heart. They challenged me to reach toward life with passion and intensity, to live so carefully that I would be aware of the sound of snow.

"Was grief really so capricious that healing could be kindled even by a simple phrase? Apparently. Without any understanding of why those words moved me, I found in them a shimmer of light. That day, for the first time in months, I wasn't fully dominated by either anger or depression. I had crossed some imaginary inner threshold and found a willingness, at least in that moment, to open my heart again. I was willing because I wanted something. I wanted to know what it would be like to hear the snow. I wanted to experience a life that could be that brilliant. Anne Wilson Schaef said, 'Choosing not to die is not the same as choosing to live.' She's right. Now I found myself no longer satisfied with being half-asleep and half-awake. I wanted to be fully alive.

"Ultimately the road of grief became a great opening through which a mysterious alchemy took place. My tears began to transform into courage. I was no longer hesitant to ask any question, and even to question the status quo. Pain began to shift into sight: I found myself thinking, Maybe love appears in endless form, not just in one or two individuals to whom I cling. Maybe that's the point. Maybe we should be drunk with love all the time.

"Thirty years later, the thought of being drunk with love still speaks to me. Today I stand on stages and talk about the journey, emphasizing all that is possible, knowing that the pain that once defeated me, the pain that was changed by love, makes this possible. The clarity brought by loss continues to teach me, even after so many years. Once I became willing to learn, a new world opened, and it was a world I hadn't seen before. Past my angry, passionate feelings about life's injustices, something else was waiting to be known. This new perspective was limitless. It encompassed the force of love and the greater nature hidden within each person ... a nature that feeds on freedom, not fear.

"Subsequent deaths and losses, like my mother's death, continue the process of learning and growth. And each time, even if it is just one person, a community appears. It is seldom the same ones who helped me in the past, because I've moved on, literally and figuratively. Yet other beautiful souls come forward and form the safety net of love that supports me on the way. Perhaps no single act is more consequential than reaching out to such a community and staying open to the healing love it offers.

"Sometimes I don't meet this community in person. The love may arrive as a book placed in my hands or the lyrics to a song. Still, it is the same. It is love reaching out to encourage the emergence of greater love. That's the formula. It reminds me of times when I've looked up into the skies and found a particularly bright constellation, a pattern of light shining without expectation or demand. A glow of stars that is simply there. And I know that unconditional love, reaching out heart to heart, is like that bridge of stars." 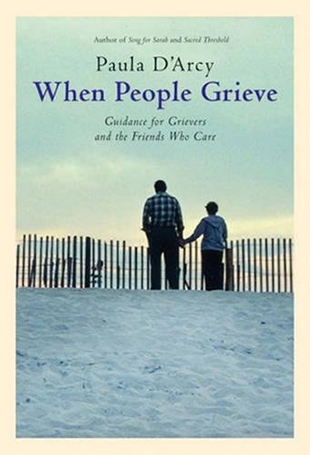