By Arthur Kurzweil
Rabbi Steinsaltz on the Almighty's love for us even when we are infuriating and unfaithful.

"This evening, Rabbi Steinsaltz was introduced to his audience at an Orthodox synagogue in Queens, New York. The first thing he said when he got up to speak was, 'Jews are among the most infuriating people in the world.'

"Rabbi Steinsaltz then said, 'In my work, I mostly deal with Jews. I don't know why,' he said. 'It's a kind of crazy love, like a crazy love for a woman. You say she's ugly, and I think she's beautiful. You say she's got a terrible personality. I find her very interesting. You say she won't even be faithful. I say I don’t care. It's a crazy love that I have for the Jewish people.'

"Rabbi Steinsaltz then said, 'It's the same with the Almighty. We're infuriating; we're not faithful. But the Almighty loves us anyway.' " 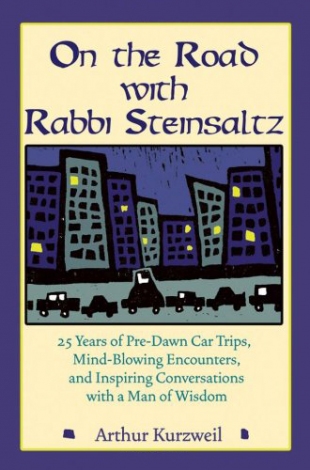