"I learned how to unhate Bush the only way people ever really learn things — by doing. It's a terrible system. If I were God, I would have provided a much easier way — an Idiot's Guide, or a spiritual ATM, or maybe some kind of compromise. But no, even the second person of the Trinity had to learn by doing, by failing, by feeling, by being amazed. God sent Jesus to join the human experience, which means to make a lot of mistakes. Jesus didn't arrive here knowing how to walk. He had fingers and toes, confusion, sexual feelings, crazy human internal processes. He had the same prejudices as the rest of his tribe: he had to learn that the Canaanite woman was a person. He had to suffer the hardships and tedium and setbacks of being a regular person. If he hadn't, the Incarnation would mean nothing.

"When it came to Bush, I had to pull out all the stops. Big sickness, big medicine: I talked to spiritual people with a black sense of humor, read great works on forgiveness, and repeatedly prayed that I would not hate him. Somehow this torrent flushed some of the gunk out of the dirty cup of me. I forced myself to turn off CNN and to put aside more time to sit in stillness. And I realized once again that we're punished not for our hatred, for not forgiving people, but by it. Miraculously, I finally got sick and tired of feeling punished by Bush. I drank more water, which moves things. All of this jiggled some plaque off me like an electric toothbrush in super slo-mo. (And to be honest, it helped beyond words when Bush's approval ratings began to tank. More than anything.)” 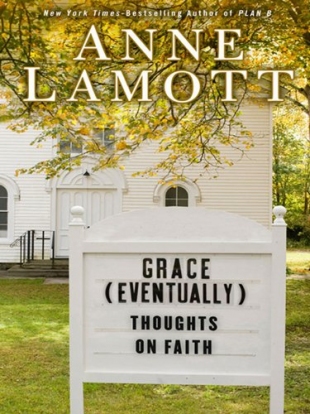