A Monk in the World Cultivating a Spiritual Life

By Wayne Teasdale
Wayne Teasdale on the history of Chinese oppression of the Tibetan people and what the world can learn from direct participation in Tibet's nonviolent struggle for freedom.

The Work to Free Tibet

"The Chinese invaded Tibet in 1949, incorporating this proud, noble nation into their regime. The Dalai Lama, his government, and his people made every effort to coexist with the Chinese authorities and colonists, but the Chinese kept turning the screw tighter and tighter until it became unbearable for Tibetans. In March 1959 this intolerable oppression resulted in the people's uprising against their oppressors in an explosion of anger, resentment, and frustration. The Chinese military and police brutally put down the rebellion. The situation had deteriorated so badly that the Dalai Lama fled into exile in India with one hundred thousand of his people. He has been in India ever since, with the seat of his government in Dharamsala, in the Himalayan region of the subcontinent.

"The Chinese have instituted in Tibet a systematic campaign to destroy Tibetan culture, which rests on Vajrayanja Buddhism, the "diamond tradition." They went on a rampage of destruction, devastating six thousand monasteries. Thousands of books, pieces of sacred art, and priceless cultural objects were destroyed. The Chinese imprisoned tens of thousands of Tibetans and engaged in regular torture to acquire information; they kept control through terror. Although they continue to torture Tibetans, in recent years they've done some window dressing for Westerners, rebuilding a few monasteries, giving the impression that things have returned to normal. They are also trying to erase any memory of the Dalai Lama in the hearts and minds of the people. To this end, they have made it a major offense for any Tibetan to possess a photo or image of the Dalai Lama. Of course many Tibetans ignore this prohibition and hide their photographs of His Holiness.

"For as long as I have been involved with the Tibetans, I have been impassioned by their moral, nonviolent, struggle with the People's Republic of China. I have known His Holiness the Dalai Lama since April 1988 when we first met at an official Catholic-Buddhist Monastic Dialogue. Since that time we have collaborated on a number of projects and over the years, we have become great friends. The relationship has led to wonderful friendships with many other Tibetans, including the Dalai Lama's younger brother, Tenzin Choegyal, his wife, Rinchen Khando, and their two children.

"Looking into the eyes of the Tibetans I know and of so many others, I am aware of the great suffering they have endured since 1950, of the unbelievable injustice done to them, of the continuing acts of oppression they experience. It is not possible to interact with Tibetans and not discern their agony. When I began to perceive this suffering, it had a profound impact on me and has played a role in my evolving commitment to the Tibetan cause. Whenever I became discouraged at the slow pace of progress toward resolution, I remember the eyes of so many of my Tibetan brothers and sisters, all conveying the same message: We need your help in our struggle. I am also inspired by their supreme patience. I decided long ago that I would do everything in my power to assist the Tibetan people until they are finally free, their culture is secure, and their rights protected.

"I try on every available occasion to make known to others the situation of the Tibetan people: I instruct my students about the Tibetan cause. This is what it takes and it is something we can all do. Many who hear me speak or who talk with me pick up on my passion for this cause. My goal is to spark people's private consciences by enlightening them about this tragedy.

"The cause of Tibet is vital to our planet. It affects us all. I discern in the Tibet issue an important opportunity for the world to move toward greater cooperation, peace, and the transformation and enlightenment of the global ethos. Tibet represents a precious, endangered culture and faith, with a highly developed understanding of humankind's spiritual potential. Tibetan Buddhism offers a rare kind of wisdom, one the world desperately needs. Another reason to enter this struggle is simple: Tibet stands alone in her crisis. And no nation, other than the Czech Republic under the leadership of Vaclav Havel, has publicly acknowledged this intolerable oppression. Although considerable political support for His Holiness the Dalai Lama and his government-in-exile exists in the United States Congress, little has been done by any president to challenge Chinese leadership over their illegal and immoral forced occupation and oppression of Tibet. Indeed, the last several administrations have been far more focused on free trade with China than they have on China's egregious human rights violations.

I believe the world could learn much from direct involvement in the Tibetan cause. Its nonviolent character reinforces the value of a peaceful resolution to virulent conflicts, particularly ones that combine religion and statehood, like that between the Jews and Arabs in the Middle East, Catholics and Protestants in Northern Ireland, or Hindus and Muslims on the subcontinent. We need vision in these areas of the world where ongoing disputes have yielded enormously tragic results. The planet cannot afford more wars, and nonviolence offers hope of graduating from reliance on the institution of war to the stable promise of global peace based on dialogue.

This transformation is not something that can happen easily; it takes a leap in our imaginative capacity even to envision it. History belongs to those who can name it, and this process is about naming the possibility of a catalyst whose activity could culminate not only in the freedom of the Tibetan nation but also in the empowerment of an integrated vision of the human family. 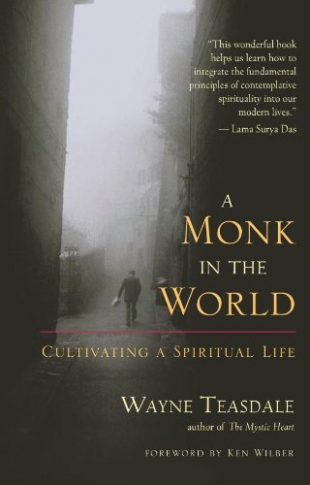