"For centuries, theologians have defined, parsed, and categorized grace. Some say there are different kinds of grace. Depending on which flavor of theologian you look to there are two kinds of grace, or maybe three, or seven or nine.

"Some theologians argue that one kind of grace is better than another, and that some people think they're experiencing 'divine' grace when it's actually just 'common.'

"To me, that's like bickering about what color God's eyes are. (They're hazel, in case you were wondering.)

"Such arguments remind me of a scene from Woody Allen's movie Manhattan, where a group of people is talking about sex at a cocktail party and one woman says that her doctor told her she had been having the wrong kind of orgasm. Woody Allen's character responds by saying, 'Did you have the wrong kind? Really? I've never had the wrong kind. Never, ever. My worst one was right on the money.'

"Grace works the same way. It is what it is and it's always right on the money. You can call it what you like, categorize it, vivisect it, qualify, quantify, or dismiss it, and none of it will make grace anything other than precisely what grace is: audacious, unwarranted, and unlimited.

"This is a book primarily for people who say they've never experienced grace, that it doesn't exist, or at least they don't believe it does. It's also for those peculiar folks who relish trying to figure out whether the grace they're experiencing is common or divine. (The answer is, Yes.)

"Turning that particular theological lens on my own life, I have attempted herein to describe grace as I have experienced it — in relationship with others, in nature, in my own backyard, and in its most feral state — startling, staggering, and wholly bewildering. In that vein, I embarked on a series of new adventures to see how grace would turn up in travels, in experiences with new people and exotic creatures, in strange lands, and in ways I could not have anticipated had I tried.

"This book is meant to point out grace when and where it happens — and I'm an excellent pointer — to show folks what it looks like, tastes like, sounds like. Because everyone experiences grace, even if they don't realize it." 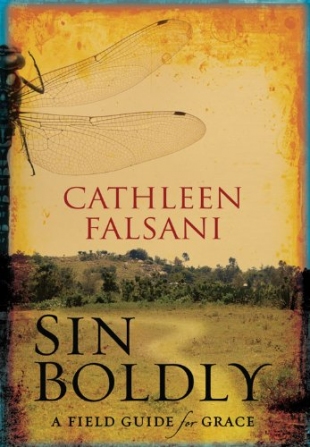