Made for Goodness And Why This Makes All the Difference

By Desmond Tutu, Mpho Tutu
Desmond Tutu and Mpho Tutu on exposing the myth of the self-made man and the good things that can blossom out of failure.

"To some of us the humiliation of failure seems to open a wide gulf between God and us. We imagine that God turns away from us in disgust. What I discovered was that failure could be a bridge across the chasm that pride had created. As long as I considered myself and my plans to be of paramount importance, I circumscribed the arena for God's action. In fact, my neat schedule and orderly life left little space for anyone to educate or influence me. That failure in Thokoza was a gift to me and to my ministry.

"A failure can also be a gift when we have allowed ourselves the delusion that we are self-made. One of the enduring fictions of our time is that of the 'self-made millionaire.' The failures on the road to achieving the dream of wealth may be the windows through which self-aggrandizement can be ushered out to open a space for God. When we imagine we are self-made, we confine God to a controllable corner of our lives. After all, if we are self-made, then we are in charge. We know how our lives are meant to look and how to make them look that way. Failure offers us a chance to discern the hand of God in the pattern of our lives. It offers us the opportunity to acknowledge the contributions of so many people, remembered and forgotten, who have all had a part in shaping the people we have become.

"The gift of failure may be a deep encounter with God. The biblical prophet Moses did not experience his theophany — his encounter with God made visible — when he was riding high as a prince of Egypt. His first encounter with God, his call, and his sending came when he had been brought low. He had fled Egypt as a murderer. Instead of winning the respect of his people, he had garnered their scorn and derision. He was no longer regarded as a prince. He was living in Midian as a fugitive and a hired hand when he saw the bush that was aflame but not consumed by fire.

"It may be so for us also. It may be only when we have reached the end of our rope that we finally realize that the only secure handhold is God. When we recognize that we 1 can no longer rely on our own resources, we open a space for God to work. When the myth of being self-made explodes in our face, we can fully awaken to the abiding presence of God. At times like these, failure is a blessing. When pride in our skill or good fortune has taken hold of us, failure may knock us to our knees and bring us to our senses." 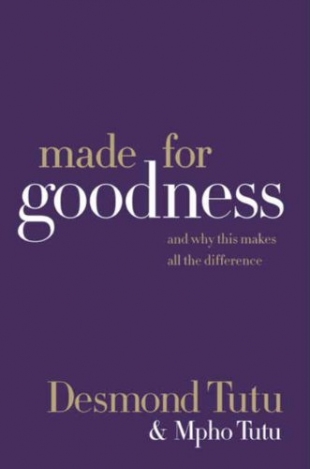