Drive The Surprising Truth About What Motivates Us

By Daniel H. Pink
Daniel H. Pink reporting on how 100 boomers in America turn 60 every 13 minutes and begin a serious quest for meaning and what they truly want.

"We know from statisticians that demographics is destiny. And we know from the Rolling Stones that you can't always get what you want. What we don't know is what happens when these two indomitable principles sit down, pour themselves a drink, and get to know each other better.

"But we're about to find out.

"In 2006, the first members of the baby-boom generation began turning sixty. On birthdays with big round numbers, people usually stop, reflect, and take stock of their lives. And I've found that when boomers, in the United States and elsewhere, reach this milestone, they typically move through a three-stage reaction.

"In the first stage, they ask: 'How the heck did I get to be sixty?' When their odometer flips to 6-0, people often are surprised and slightly alarmed. Sixty, they think, is old. They tally their regrets and confront the reality that Mick Jagger and crew were right, that they didn't always get what they wanted.

"But then the second stage kicks in. In the not-so-distant past, turning sixty meant that you were somewhat, ahem, long in the tooth. But at the beginning of the twenty-first century, anyone who's healthy enough to have made it six decades is probably healthy enough to hang on a fair bit longer. According to United Nations data, a sixty-year-old American man can expect to live for another twenty-plus years; a sixty-year-old American woman will be around for another quarter of a century. In Japan, a sixty-year-old man can expect to live past his eighty-second birthday, a sixty-year-old woman to nearly eighty-eight. The pattern is the same in many other prosperous countries. In France, Israel, Italy, Switzerland, Canada, and elsewhere, if you've reached the age of sixty, you're more than likely to live into your eighties. And this realization brings with it a certain relief. 'Whew,' the boomer in Toronto or Osaka sighs. 'I've got a couple more decades.'

"Those questions, which swirl through conversations taking place at boomer kitchen tables around the world, may sound touchy-feely. But they're now occurring at a rate that is unprecedented in human civilization. Consider: Boomers are the largest demographic cohort in most western countries, as well as in places like Japan, Australia, and New Zealand. According to the U. S. Census Bureau, the United States alone has about 78 million boomers — which means that, on average, each year more than four million Americans hit this soul-searching, life-pondering birthday. That's more than 11,000 people each day, more than 450 every hour.

"In other words, in America alone, one hundred boomers turn sixty every thirteen minutes.

"Every thirteen minutes another hundred people — members of the wealthiest and best-educated generation the world has ever known — begin reckoning with their mortality and asking deep questions about meaning, significance, and what they truly want.

"One hundred people. Every thirteen minutes. Every hour. Of every day. Until 2024.

"When the cold front of demographics meets the warm front of unrealized dreams, the result will be a thunderstorm of purpose the likes of which the world has never seen." 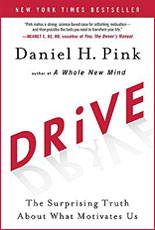