The Hidden Gifts of Helping How the Power of Giving, Compassion, and Hope Can Get Us Through Hard Times

"Back in 1988, just after our arrival in Cleveland, I visited a nursing home in Chardin, Ohio, and sat down with a man named Jim. He was suffering from profound dementia, or from what can be called deep forgetfulness: he had lost most of that temporal glue that binds the past with present and future. I looked him in the eye, smiled, and called him warmly by name, asking him how his sons were doing. I knew that a verbal response was unlikely, and he could offer none. But then he offered something much better! He placed a twig in my hands and smiled with a warmth and joy that lit me right up. He struggled to get out just three words, leaving me totally surprised. 'God is love,' Jim said. If love were electric, the room would have lit up like the Fourth of July. I returned the twig, and Jim wandered off.

"The nurse who witnessed this told me that when Jim grew up on an Ohio farm, his father loved him very deeply and raised him in the Christian faith. Every morning, Jim had the same chore — to bring kindling in for the fireplaces. Now Jim had gone back into his past and found anew the time when he most felt the safe haven of fatherly love. That twig symbolized the love of his father and the joy that Jim felt in doing a small, helpful chore early in life. There, in the desert of deep forgetfulness, Jim was coping with the chaos of the present through his emotional memories of the power of love. He had enough security in this residual generosity that he could still relate to the world through giving. As he wandered off, I noticed that he picked up an old hand-sized puppet doll from the floor and actually walked over to a woman who was whimpering in the corner of the unit. When he placed it on her lap she stopped crying. Jim was a generous soul still, and I hoped that he would be able to keep it up to the end." 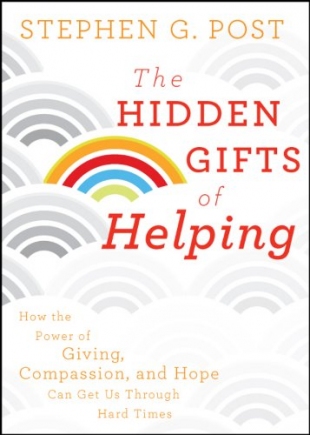