How to Train a Wild Elephant and Other Adventures in Mindfulness

"The Exercise: In this practice we say yes to everyone and everything that happens. When you notice the impulse to disagree, consider whether it is really necessary. Could you just nod, or even be silent but pleasant? Whenever it is not dangerous to you or others, agree with others and with what is happening in your life.

"Put stickers with the word 'Yes' in spots where you'll notice them in your home and workplace. Write 'Yes' on the back of your hand so you see it frequently.

"This task helps us see how often we take a stance that is negative or oppositional. If we are able to watch our mind when someone is talking to us, particularly if they are asking us to do something, we can see our thoughts forming defenses and counterarguments. Can we resist the desire to disagree verbally when the issue is not critical? Can we watch our mental and physical attitude to things that arise in a typical day? Is our automatic thought, 'Oh no'?

"Our habitual oppositional stance can take the form of thoughts ('I don't agree with what he's saying'), body language (tensing muscles, arms crossed), speech ('That's a stupid idea'), or action (shaking the head, rolling the eyes, ignoring someone who's talking).

"People in certain professions report that they have difficulty with this task. Lawyers, for example, are trained to detect flaws in a contract or faults in what a witness or another lawyer is saying. Academics are trained to criticize one another's theories and research. Success at work may depend on 'attack mind,' but when you spend an entire day cultivating this attitude, it can be difficult to turn it off when you arrive home.

"While doing this task, one person noted that an external 'yes' might not match the real attitude of 'no' inside, and that the task helped him detect a hidden constricted state of mind. Another man found that he usually responds to requests by weighing other considerations — namely, all the other things he has to do. He found it freeing to just say yes and thus let go of all the internal effort involved in making a decision. It felt generous. Another person said that saying yes created the experience of ease, of going with the flow of people who came into her office rather than resisting it. This task may be modified according to circumstances. You can hold an inward 'yes' to your child's wish to jump on furniture, but redirect their energy to the playground instead.

"The Buddhist tradition describes three poisons of the mind — greed, aversion, and ignorance. We developed this task for Zen students who seem particularly afflicted by aversion, those who habitually resist anything asked of them and what comes forward in life. Their initial and unconscious response to anything asked of them is 'no,' expressed either in body language or out loud. Sometimes the no is expressed as 'yes, but . . . ,' and sometimes it is cloaked in reasonable language, but it is still a consistent and persistent pattern of opposition.

"People who are stuck in aversion often make major life decisions based not upon moving toward a positive goal but rather upon moving away from something they perceive to be negative. They are reactive rather than proactive. 'My parents didn't pay their bills on time and our electricity got turned off. I'm going to become an accountant,' instead of 'I want to become an accountant because I love numbers.'

"When monks enter training at Japanese Soto Zen monasteries, they are told that the only acceptable response to anything they are asked to do in the first year of training is, 'Hai! (Yes!).' This is powerful training. It cuts through layers of apparent maturity, down to the defiant two-year-old and/or teenager within.

"Not expressing opposition helps us to let go of self-centered views and see that our personal opinion is actually not so important after all. It's surprising how often our disagreement with another person is actually unimportant and only serves to increase our distress and the suffering of those around us.

"Saying yes can be energizing, since habitual resistance is a persistent drain on our life energy.

"Final Words: Cultivate an internal attitude of 'yes' to life and all it brings you. It will save you lots of energy." 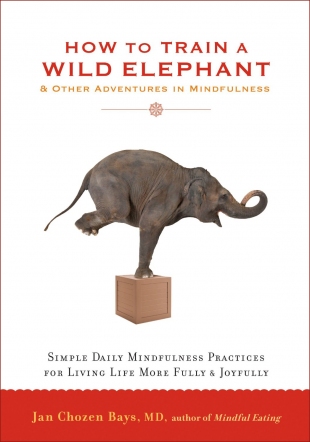