By Allister Sparks, Mpho Tutu
A tribute to Desmond Tutu as a man of deep Anglo-Catholic faith.

"South Africa's celebrated author Nadine Gordimer, who describes herself as a Jew and an atheist, says of her long-time friend that 'if anyone could have launched me into the leap of a religious faith — any denomination — it would have been Archbishop Desmond Tutu,' but that he has always been too respectful of others' rights to try. 'If Desmond hasn't caused by his matchless example as a man of faith to lead me to find my own humble way to one, he has certainly influenced my life.'

"Yet however broad his acknowledgment of the validity of other faiths, or even the respect he shows to those of no belief, Tutu himself remains firmly rooted in his own deep faith. Faith and theology, remember, are not the same thing. Tutu is an ardent Anglo-Catholic. There is no wavering in his total devotion to its rituals and doctrines. John Allen likens this apparent duality to Tutu's analogy of 'the rainbow nation of God.' Each color of the rainbow has its own authenticity, its own truth, yet it is the combination of all, side by side, that gives the whole its beauty. So, too, with the multiracial nation of Tutu's dreams. It is not a melting pot of homogenized uniformity: each race, each color, each culture has its own intrinsic value and justifiable self-pride, but it is the totality of all together in mutual love and recognition of their common humanity that makes the whole rainbow so vibrant and attractive. The same goes for faith. Take pride in the religion to which you belong and be true to its revelation of the truth as perceived in its context, but recognize as you do so the validity of all others and the truths they have revealed to their adherents in their contexts.

"Our other perceptive author, Antjie Krog, adds a further dimension to any understanding of the weltanschauung (worldview) of this great humanitarian. Krog believes the essence of Tutu's vision is to be found in his African spirituality; in the concept of ubuntu, or motho ke motho ka batho as it is called in the Sotho-Tswana language group of Tutu's mother, that 'a person is a person through other persons,' which is central to traditional African communal life and religiosity. Yes, she concedes, Tutu is obviously a highly educated and sophisticated theologian, a modern man of the modern world in every respect, yet there is still this other factor deep within him, rooted in his antecedent culture that enables, compels, him to see humanity in its collective whole rather than as a set of free individuals as Westerners do. 'It is that factor of African spirituality,' she says, 'of seeing every person as being interconnected with you — if you are hungry or being harmed, it affects me profoundly — that makes the difference, that broadens and deepens and makes his Christianity extraordinary.' It enables him, as she puts it, to see Christianity through the lens of his African spirituality." 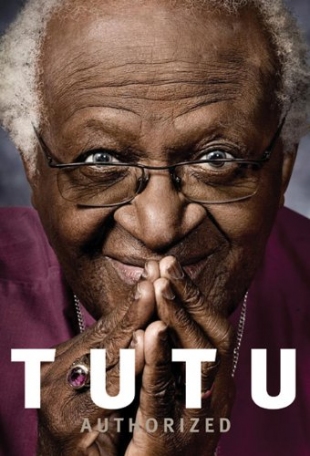