By Joseph M. Marshall III
Joseph Marshall III on resiliency as a stay against hardship and troubles.

"All of my grandparents epitomized the best qualities and characteristics of being human, among them resiliency. They faced the worst that life threw at them with the best of what they were. Just as important, they demonstrated one significant reality about resiliency: it is a quiet, persistent process. While hardship, difficulties, and disaster might befall us in a blinding moment, resiliency responds subtly. It does not bring results in one fell swoop, but moment by moment and one step at a time.

"My maternal grandparents and I eventually moved from our house on the plateau into town. The horses and the wagon were sold, and we rented a small house in town. From that moment on, I encountered new and strange realities, such as having neighbors thirty yards away, rather than three miles. Over time, we adjusted, more or less, to life in town. Our mode of transportation was gone, so we walked. Walking was nothing new, but now it was our only way to get anywhere.

"In town, we were five miles from church. That was no reason not to go, especially in good weather. At the time, my grandmother was fifty-five, and my grandfather was sixty-seven. On Sunday mornings we arose early, got dressed, ate a hearty breakfast, and headed south on foot. We started early so that if we had to walk the entire five miles, we would still arrive in time. More often than not, however, we managed to catch a ride. Some other member of the congregation or someone who happened to be driving in the same direction would give us a lift. Getting a ride home was never a problem.

"I do not remember exactly how many times we walked all the way to church — perhaps about a dozen. As a boy full of energy, I did not regard that time and having to walk as a hardship. It was just one of the ways my grandparents and I did things. When, as an adult, I look back on that time, I realize that my grandparents could have stayed home and bemoaned the fact that there was no way to get to church. Instead, they adjusted to the situation with one simple thing: resiliency. We faced the situation and got to church, one step at a time.

"Bad times may swoop in in one awful moment. Difficulty and hardship may take us by surprise and then take us down a long and painful path. But trouble does end, one way or another, and if we are fortunate enough to stand back up and dust ourselves off, then we go on. We go on by relying on the qualities and aspects of our character that are just as powerful as whatever brought the hardship. Even if you think you do not have those qualities and the kind of character it takes, someone else has them and has shown you how it is done. The examples are all around, sometimes closer than you might think.

"As all of my grandparents said and showed in one way or another, when life throws its worst at you, face it with the best you have.

"There is no other way to live life." 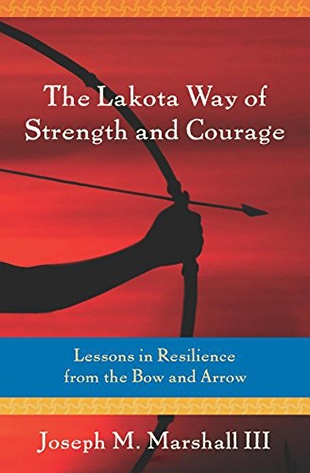