"Johannes Vermeer deserves his status as a great artist precisely in this regard because he knows how to commemorate the appropriate details. The woman depicted in Woman in Blue Reading a Letter would often have looked rather different, such as when she was bored, cross, busy, embarrassed or laughing. There could have been lots of ways to paint 'her', but Vermeer has selected a particular situation and moment, when she is taken up, unselfconsciously, in thinking about a distant person or issue. By creating an atmosphere of intense stillness he conveys her capacity for absorption. The way her hands are holding the letter seems idiosyncratic: she lightly clenches her fists when another person might support the letter on their open fingers. Perhaps this is a continuation of a clumsiness of early childhood. We can see her quiet intensity in the slight pull of her mouth as she reads. Vermeer encourages us to look carefully at this part of her face by setting it against a map that is a very similar colour to her skin, almost as though her mind is off somewhere inside the map itself. The clear light is, perhaps, a bit like her mind, which may operate with a clear, steady emotional brightness. Vermeer captures the core of his sitter's personality. It is not just a record of a person, it is an image of what she was like in a particularly characteristic mood.

"Art is a way of preserving experiences, of which there are many transient and beautiful examples, and that we need help containing. There is an analogy to be made with the task of carrying water and the tool that helps us do it. Imagine being out in a park on a blustery April day. We look up at the clouds and feel moved by their beauty and grace. They feel delightfully separate from the day-to-day bustle of our lives. We give our minds to the clouds, and for a time we are relieved of our preoccupations and placed in a wider context that stills the incessant complaints of our egos. John Constable's cloud studies invite us to concentrate, much more than we would normally, on the distinctive textures and shapes of individual clouds, to look at their variations in colour and at the way they mass together. Art edits down complexity and helps us to focus, albeit briefly, on the most meaningful aspects. In making his cloud studies, Constable didn't expect us to become deeply concerned with meteorology. The precise nature of a cumulonimbus is not the issue. Rather, he wished to intensify the emotional meaning of the soundless drama that unfolds daily above our heads, making it more readily available to us and encouraging us to afford it the central position it deserves." 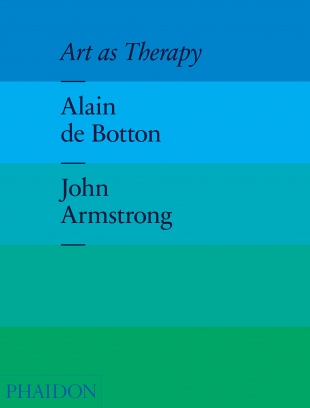