By Jonathan Haidt
John Haidt on tears resulting from compassion and from celebrations of love and openness.

"My time in India did not make me religious, but it did lead to an intellectual awakening. Shortly after moving to the University of Virginia in 1995, I was writing yet another article about how social disgust is triggered when we see people moving 'down' on the vertical dimension of divinity. Suddenly it occurred to me that I had never really thought about the emotional reaction to seeing people move 'up.' I had referred in passing to the feeling of being 'uplifted,' but had never even wondered whether 'uplift' is a real, honest-to-goodness emotion. I began to interrogate friends, family, and students: 'When you see someone do a really good deed, do you feel something? What exactly? Where in your body do you feel it? Does it make you want to do anything?' I found that most people had the same feelings I did, and the same difficulty articulating exactly what they were. People talked about an open, warm, or glowing feeling. Some specifically mentioned the heart; others claimed they could not say where in their bodies they felt it, yet even as they were denying a specific location, their hands sometimes made a circular motion in front of the chest, fingers pointing inward as if to indicate something moving in the heart. Some people mentioned feelings of chills, or of choking up. Most said this feeling made them want to perform good deeds or become better in some way. Whatever this feeling was, it was beginning to look like an emotion worthy of study. Yet there was no research of any kind on this emotion in the psychological literature, which was focused at the time on the six 'basic' emotions known to have distinctive facial expressions: joy, sadness, fear, anger, disgust, and surprise. . . .

"The relationship of elevation to love and trust was beautifully expressed in a letter I once received from a man in Massachusetts, David Whitford, who had read about my work on elevation. Whitford's Unitarian church had asked each of its members to write a spiritual autobiography — an account of how each had become the spiritual person he or she is now. In one section of his autobiography, Whitford puzzled over why he was so often moved to tears during church services. He noticed that he shed two kinds of tears in church. The first he called 'tears of compassion,' such as the time he cried during a sermon on Mother's Day on the subject of children who were abandoned or neglected. These cases felt to him like 'being pricked in the soul,' after which 'love pours out' for those who are suffering. But he called the second kind 'tears of celebration'; he could just as well have called them tears of elevation:

" 'There's another kind of tear. This one's less about giving love and more about the joy of receiving love, or maybe just detecting love (whether it's directed at me or at someone else). It's the kind of tear that flows in response to expressions of courage, or compassion, or kindness by others. A few weeks after Mother's Day, we met here in the sanctuary after the service and considered whether to become a Welcoming Congregation [a congregation that welcomes gay people]. When John stood in support of the resolution, and spoke of how, as far as he knew, he was the first gay man to come out at First Parish, in the early 1970s, I cried for his courage. Later, when all hands went up and the resolution passed unanimously, I cried for the love expressed by our congregation in that act. That was a tear of celebration, a tear of receptiveness to what is good in the world, a tear that says it's okay, relax, let down your guard, there are good people in the world, there is good in people, love is real, it's in our nature. That kind of tear is also like being pricked, only now the love pours in.' " 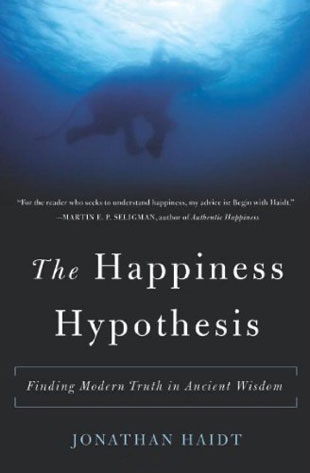