By Clark Strand
Clark Strand on how Soka Gakkai embraces a full range of life's enthusiasms.

"'In Japan, where the Soka Gakkai originated, there is a long tradition of what might be called 'Family Buddhism' — so long, in fact, that many now consider it an intractable problem. The term 'Funeral Buddhism' has been used in recent years to describe institutions which, having outlived their use and therefore no longer relevant to life in a modern, secular state, are now only a shell of their former selves. Such institutions offer funerals and memorial services but little else, and these at exorbitant prices. Recently, some Japanese families have felt so financially abused by the Buddhist temples that their families have maintained an affiliation with, sometimes for many centuries, that they have gone so far as to hire freelance priests to say the services instead. These families believe that their temple priest has nothing real or legitimate to offer them, and so they simply pay for the service itself. Any priest will do. In such cases, the relationship that once existed between family and temple is itself in need of a funeral. It is now officially dead.

"The vitality of the Soka Gakkai stands in stark contrast to the 'Funeral Buddhism' so prevalent in Japan. Generations of Soka Gakkai members have now attended schools founded upon Makiguchi's theory of value-creating education, and Soka University now has graduates of its various institutions teaching in its halls, both in the United States and in Japan. As time goes on, perhaps these institutions will no longer be so closely identified with the Soka Gakkai as a religious institution, just as today, in America, a student can attend a four-year university without ever learning that it was originally a religiously sponsored institution or that it maintains a religious affiliation today. For now, however, there remains a lively and inspired sense among the students at these institutions that their experience at home, at school, and in some cases even at work, are all coherently focused.

"I would maintain that this cohesive kind of experience is possible because the Soka Gakkai has introduced a new paradigm — both in religion and in religiously inspired education — that embraces the full range of life enthusiasm." 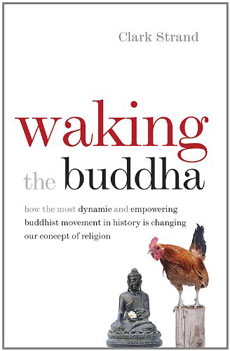