Like a Child Restoring the Awe, Wonder, Joy & Resiliency of the Human Spirit

By Timothy J. Mooney
Timothy Mooney on making room for childlike wonder and awe in our faith.

"Children have an incredible capacity for and receptivity to wonder, awe, and mystery. And they don't just marvel at the big things — rainbows, sunsets, tornados. They notice caterpillars, sparkly things on the ground, and spiderwebs shimmering in the light. They are open to holy distraction. Only for adults has the world become mundane. We've gotten used to it, we've seen it before, we know the answers. We're unimpressed with things that don't grab or demand our attention, or we're too rushed to care.

"More often than not, we lose our sense of mystery without even knowing it. After the soccer game, my friend confessed that he had gotten too caught up in the competition. He felt embarrassed that his nephew's team wasn't playing well and disappointed that David was so easily distracted from what was important. But then Bruce had an epiphany: The problem wasn't his nephew's; it was his own. He had let pride, a competitive spirit, the rules of the game, and the expectations of others define what was important. These things prevented him from noticing caterpillars. He was stunned to realize he made very little room in his life for wonder and awe.

"In his book Orthodoxy, Catholic theologian G. K. Chesterton notes that we need to find a balance between usual patterns of behavior — what we know — and the mystery in all that surrounds us.

" 'How can we contrive to be at once astonished at the world and yet at home in it? . . . How can this world give us at once the fascination of a strange town and the comfort and honor of being our own town? . . . We need so to view the world as to combine an idea of wonder and an idea of welcome. We need to be happy in this wonderland without once being merely comfortable.'

"What we miss when we don't try to see past the dullness of our own complacency! One of the most powerful stories of wonder and awe can be found in Exodus 3: Moses and the burning bush. Moses was tending his father-in-law's flocks when something caught his eye. Rather than ignoring the impulse to get on with his work, Moses turned his attention to this burning bush. Only when God saw that Moses was receptive did God reveal himself to Moses. Moses's receptivity, his capacity for wonder and awe, opened him up for an encounter with the Divine, and he found himself on holy ground." 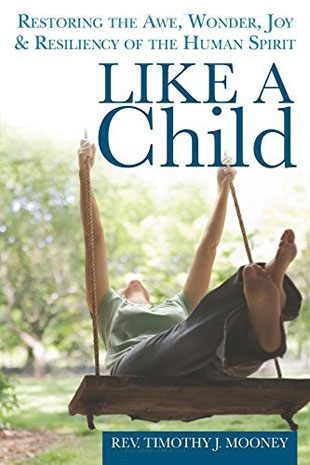