The Art of Grace On Moving Well Through Life

By Sarah L. Kaufman
The importance of self-control for beautiful behavior and control of the heart.

"For all of this, for dignified, considerate, and graceful comportment, self-control is the foundation. Like hemlines and heel heights, fashions in manners instruction come and go, but as far as grace is concerned, whether one is casual or strict about manners is beside the point. Grace is about the ease that comes from self-control: mastering one's own reactions/needs/concerns and focusing on others to foster smooth interactions and a pleasant atmosphere. But for most of us, self-control does not come naturally. It's a skill that requires practice, gentle but consistent reminders from trusted elders, and abundant everyday examples.

"Self-control was important enough to be the subject of a set of scrolls so valued that they were copied over and over and were protected enough to endure, where other writings turned to dust. Their author, the Egyptian vizier Ptah-hotep, thought more than four thousand years ago that in the matter of social grace, self-control was imperative.

" 'Be thine heart overflowing; but refrain thy mouth,' he wrote. Among his admonitions are to practice kindness, pay attention to others, and to listen, quietly and with compassion, when someone else is speaking. He had a particular concern for defusing anger: 'Beware of interruption and of answering words with heat. Put it far from thee; control thyself.'

"With that directive (depicted, aptly, as 'control of heart' in the hieroglyphic text, with the heart being considered the seat of reason), Ptah-hotep foretold the overriding theme of the conduct literature to follow, from Moses to Miss Manners. Self-control is the key to order and harmony. To take the Egyptian's image, if you control the heart, the engine of the body, the result is smoother function on many levels: emotional, physical, and social. The little acts of grace that contribute to getting along require some measure of harnessing and refining one's energies, such as allowing others to speak rather than dominating a conversation or easing an awkward moment with an apology when you have, intentionally or not, ruffled feathers. If grace has long been considered an aspect of beauty – beauty of movement, beauty of expression, beautiful behavior – it is discipline, the time-honored writers tell us, that allows it to blossom.

"In other words, grace is grounded in work. Inside and out. Practice, concentration, and the self-control to set yourself to it. In this way, you gain the wisdom – the habit, born of practice – of keeping quiet and rethinking those first words or actions that pop into your head." 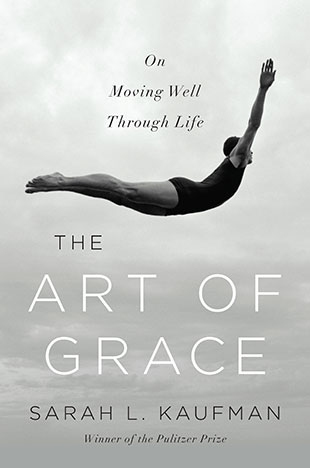