The Book of Joy Lasting Happiness in a Changing World

" 'I want to say,' the Dalai Lama now added, passionate and wanting to convince the skeptics, 'look at Stalin's picture or Hitler's picture and compare it to the face of Mahatma Gandhi, and also the face of this person.' He was pointing to the Archbishop. 'You can see that the person who has all the power, but who lacks compassion, who only thinks about control,' the Dalai said as he ground one hand into the other, 'can never be happy. I think during the night they do not have sound sleep. They always have fear. Many dictators sleep in a different place every night.'

" 'So what creates that kind of fear is their own way of thinking, their own mind. Mahatma Gandhi's face was always smiling. And to some extent I think Nelson Mandela, also; because he followed the path of nonviolence, and because he was not obsessed with power, millions of people remember him. If he had become a dictator, then nobody would have mourned his death. So that's my view. Quite simple.'

"I was pushing the Dalai Lama and the Archbishop hard because I did not want to leave compassion in the lofty realm of saints and lamas. I knew they were suggesting that it was a pillar of joy for the rest of us, and I wanted to understand why it has been so hard for our modern culture to embrace. 'So that same cynic might say, "If compassion is so natural and it's in many ways the ethical root of all religions and for thousands of years people have been preaching and teaching compassion, then why is there such a lack of compassion in the world?" '

" 'Our human nature has been distorted,' the Archbishop began. 'I mean, we are actually quite remarkable creatures. In our religions I am created in the image of God. I am a God carrier. It's fantastic. I have to be growing in godlikeness, in caring for the other. I know that each time I have acted compassionately, I have experienced a joy in me that I find in nothing else.'

" 'And even the cynic will have to admit that it is how we are wired. We're wired to be other-regarding. We shrivel if there is no other. It's really a glorious thing. When you say, "I will care for only me," in an extraordinary way that me shrivels and gets smaller and smaller. And you find satisfaction and joy increasingly elusive. Then you want to grab and try this and try that, but in the end you don't find satisfaction.' " 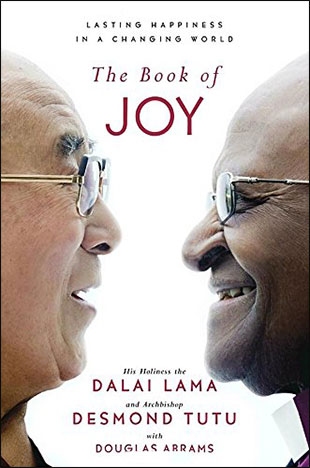