By D.H. Dilbeck
A review of Frederick Douglass's legacy as a prophetic voice.

"When Frederick Douglass died, his contemporaries found many reasons to celebrate his life. Across the nation, eulogies and obituaries fondly remembered Douglass not simply as an orator, activist, and editor but also as a prophet. It was Douglass's prophetic zeal that lent power to his voice; it was his dedication to using his voice for freedom's sake that lent greatness to his life. Well-spoken and well-written words enraptured Douglass. He loved their sound and force. Near the end of his life, in an August 1891 address, Douglass marveled, 'Great is the miracle of human speech – by it nations are enlightened and reformed; by it the cause of justice and liberty is defended, by it evils are exposed, ignorance dispelled, the path of duty made plain, and by it those that live today are put into the possession of the wisdom of ages gone by.' There, Douglass well described how he long endeavored to use the miracle of his own prophetic voice. For seventy-seven years, Douglass saw how easily America could surrender itself to bigotry and bondage, injustice and inequality. He responded by trying to speak words of wisdom and truth to the nation. In doing so, from his first speeches in Massachusetts in the early 1840s to his final public appearances in 1895, Douglass's faith shaped his voice and vision of the world. His prophetic Christianity supplied him with so many of his deepest convictions – about who God was, what God was doing in the world, and the true meaning of grand words like liberty, justice, and equality. Douglass's religious convictions were not tightly guarded private matters. Instead, they gave direction and meaning to his public life as an abolitionist and civil rights leader.

"Douglass's powerful prophetic words to America, especially its Christians, might sometimes sound hopelessly hostile, as if fueled by nothing more than disparaging hate. But hope, not hate, fueled Douglass – not anger alone but also love. He did not lose faith in the true Christianity of Christ and the justice of the God of the oppressed. Less than a decade removed from the lash of Christian masters like Thomas Auld, Douglass still insisted, 'I love the religion of our blessed Saviour. . . . I love that religion that is based upon the glorious principle, of love to God and love to man.' Nor did Douglass lose faith in America's highest moral and political ideals. In the dark wake of the Supreme Court's Dred Scott decision in 1857, Douglass still affirmed that the Constitution and Declaration of Independence together provided a glorious 'platform broad enough, and strong enough, to support the most comprehensive plans for freedom.' " 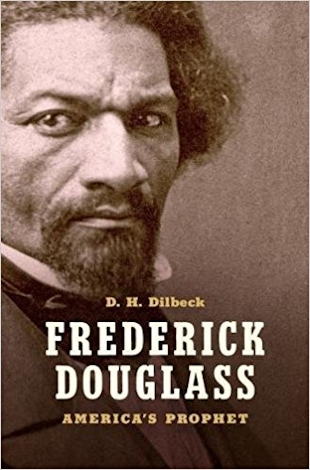