American Dialogue The Founders and Us

By Joseph J. Ellis
An introduction to the value of contemporary Americans learning from the example of the Founding Fathers.

"Our goal, then, is to learn more about our origins in the fond hope that doing so will allow us to frame the salient questions of our time with greater wisdom than we are currently able to muster on our own. Moreover, the very act of posing such questions also enhances the prospects of viewing the founders themselves from new angles that cast their legacy in a different light. We can safely assume that the dialogue between now and then is an interactive process possessing the potential to change both sides of the chronological equation.

"Although the founders are busy being dead, they still speak to us in the vast archive of letters and documents they left behind. The historical record is so rich because the revolutionary generation realized that they were 'present at the creation,' and they therefore preserved their thoughts in the belief that posterity would want to remember them. Over the years, a small army of editors has worked assiduously on that preservation project, producing the fullest account of any political elite in recorded history. My attempt to recover the American Dialogue is wholly dependent on that documentary record.

"Of course, the suggestion that there is an ongoing conversation across the centuries is a literary conceit, but we pay homage to the dialogue every time we cite the seminal texts of the founding to fortify our current convictions. As a lovely song once put it, the fundamental things apply, as time goes by.

"In the pages that follow I will try to do justice to both sides of the dialogue. What did 'all men are created equal' mean then and now? Did the 'pursuit of happiness' imply the right to some semblance of economic equality? Does it now? Who were included in 'We the people' then? Who is included now? Is it historically correct to describe the United States as an 'exceptional' nation? If so, what are its current implications? Did the founders leave a legacy of government as "us' or 'them'? If the correct answer is both, which legacy best meets our needs now?

"Given our current condition as a deeply divided people, my hope is that the founding era can become a safe place to gather together, not so much to find answers to those questions as to argue about them. Indeed, if I read the founders right, their greatest legacy is the recognition that argument itself is the answer." 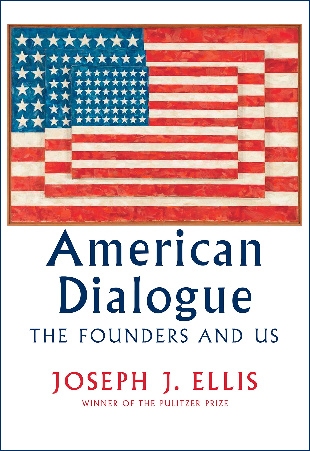