Becoming New Finding God Within Us and in Creation

By Anselm Grun, Leonardo Boff
An explanation of the theological concept of panentheism.

“God emerges from the universe because God is permanently present as Creator, Sustainer, Connector, and invigorating Drive of the still developing cosmos. God is part of each process and each step. This is the immanence of the Creator in each creature.

“At the same time, the converse is also true: each creature is present in the Creator. While the Creator and creatures are clearly distinct from each other, they also permeate each other and are permanently in community. In this regard Christian theology has coined an expression that is difficult to translate: the perichoresis of God and the world. The term perichoresis conveys that the Creator and creation permeate each other in such a way that the divine transcendence is not only strengthened regarding creation’s immanence, but so that each is always present in the other while not being identical with the other. This presence of one in the other brings out the transparency, the mediating category between transcendence and immanence. Transparency within immanence means that the Creator and creation are transparent to each other; whoever sees one automatically sees the other.

“This is what modern theologians have called panentheism. Philologically, this term is composed of the following: pan (‘everything’); en (‘in’); theos (‘God’); literally means ‘everything is in God, and God is in everything.’ There is no outside of God. Instead, there is a mutual permeation of both. Panentheism differs fundamentally from pantheism, which does not distinguish between Creator and creation but regards them as identical. For pantheism, everything is God; for example, this table on which I am writing and this device with which I am writing. Pantheism indistinctly equates everything with God. This is, however, a philosophical error, for then there would only be identity without any kind of distinction.

“Panentheism, which ought not to be confused with pantheism, emphasizes the distinction. One is not identical with the other. Rather, it stresses the close, mutual relationship that allows for the coexistence and living together of different creatures united in love in a relationship without a divide that separates them. . . .

“Saint Paul expressed this pointedly when he said that ‘in [God] we live and move and have our being’ (Acts 17:28). The great North American physicist David Bohm (1917 – 1992) became a mystic and thought similarly to Paul. . . . Concerning the presence of God in the universe, Bohm liked to quote the short poem of the English poet and mystic William Blake (1757 – 1827):

“ ‘To see a world in a grain of sand
And a heaven in a wild flower,
Hold infinity in the palm of your hand
And eternity in an hour.’ “ 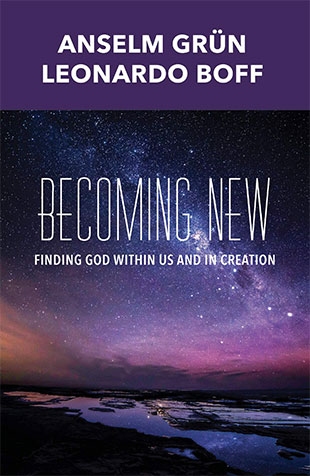