Catching Up with Jesus A Gospel Story for Our Time

"Jesus was offering a radically new way of being human. It was a relational understanding fundamentally different from the patriarchal approach characterized by power and domination. There is ample evidence in the Gospels that the first followers, especially the twelve, were unable to comprehend or grasp this core truth in the Jesus story. The preoccupation with messiahship and exalted glory became major obstacles to seeing the deeper truth of what Jesus was about.

"By locating Jesus in the reductionistic context of linear time, the early Christians failed to grasp the liberative vision of the Christ of deep time, the Jesus who was marking and celebrating the fulfillment of six million years of divine creativity in the human species. The early Christians were ignorant of the great human story and consequently were unable to comprehend the human face of God revealed through that story, reaching an evolutionary apex in the life and ministry of Jesus.

"By relishing that great story and discerning God's grace and creativity at work in it, we have a more credible and authentic doorway to the divinity of Jesus. And we also begin to realize that the divinity of Jesus is not the primary concern for us, but rather the radically new way of being human, the program of the Kingdom of God, for which Jesus is the primary disciple.

"The divine superiority we attribute to Jesus, the understanding we painstakingly honor in worship and doctrine, may well be a major obstacle to a true following of Jesus as the Christ of faith." 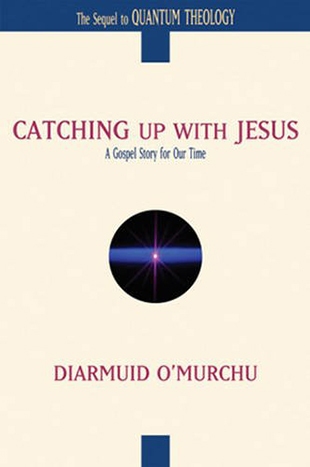