Biographical profile of one of Spirituality & Practice's film reviewers.

Micah Bucey is a film reviewer for Spirituality & Practice. His reviews are archived here.

A graduate of Fordham University and Union Theological Seminary and a United Church of Christ-ordained minister, Micah currently serves Judson Memorial Church of New York City, a congregation committed to curiously seeking the intersections between spirituality, justice, and creativity. At Judson, Micah founded and continues to spearhead Judson Arts Wednesdays (JAW), a weekly art and food gathering that provides free meals for guests in need and developmental space for artists in need, colliding all in a program that addresses both food justice and the art community's constant lack of resources and support. Over the course of its nine seasons, JAW has fed thousands and nurtured the creative output of hundreds.

Micah is also a member of InterFilm, the International Interchurch Film Organisation, for whom he has served on the Ecumenical Jury at the Berlin International Film Festival. In addition to his passion for nurturing the creativity in everyone, Micah is deeply committed to animal welfare, immigration reform, migrant worker justice, and LGBTQIA communities, and in his free time, Micah writes and performs as one half of the musical-theater-performance-art-pop-duo The Gay Agenda, and writes social justice-minded parody lyrics. All of his contributions to Spirituality & Practice are found here. 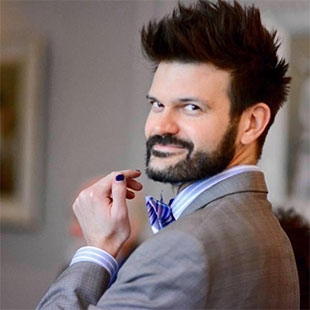