Biographical profile of a contributor to Spirituality & Practice.

Jay McDaniel, PhD, was Willis Holmes Distinguished Professor of Religious Studies at Hendrix College in Conway, Arkansas from 1979-2018, where he taught the world’s religions to college undergraduates. After retiring from Hendrix, he began devoting his time to creating interfaith networks, working with the Center for Process Studies and the Institute for the Development of Postmodern China, and further teaching.

Author of several books, including Living from the Center: Spirituality in an Age of Consumerism (Chalice Press, 2000) and editor of Open Horizons, he is married to Kathy McDaniel and has two sons, Matthew and Jason. He is an amateur musician, playing in bands at restaurants and assisted living centers for senior citizens. He is especially interested in ways that the Alphabet of Spiritual Literacy, developed by Spirituality and Practice, can be utilized to cultivate interfaith understanding and inspire people who are spiritually interested but not religiously affiliated. 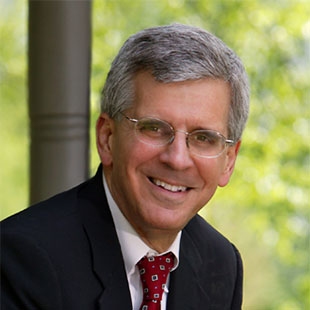